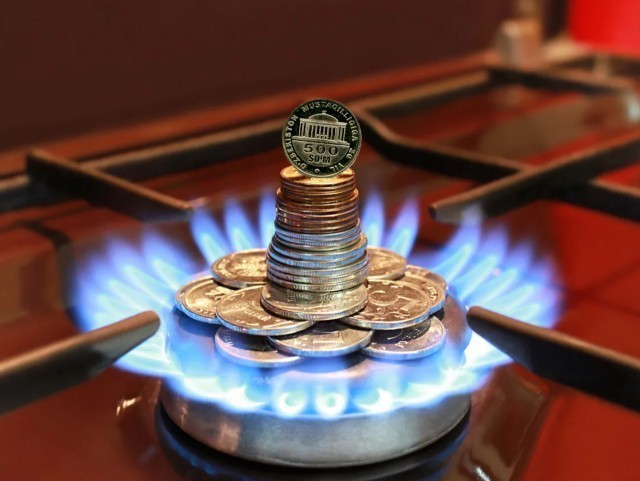 From 1 July 2022, it is planned to set the the cost of 1 kWh of electricity for the population up to 250 kWh per month - 325 soms, the price of 1 cubic meter of natural gas for the heating season up to 700 cubic meters per month - 410 som.  This is stated in the draft decision of the Cabinet of Ministers of the Republic of Uzbekistan «On change of prices for fuel and energy resources».

The social protection of the poor is the main criteria in the draft decision. On the basis of international experience, it is planned to introduce a system of «social norms» for the benefit of the needy and low-income people throughout the country in order to increase the effectiveness of social protection.

For reference, there are 7.3 million electricity consumers in the country, 80% of whom consume an average of 200 kWh per month.  However, these households account for only 31 percent (5.7 billion kWh) of total electricity consumption.

In addition, there are 4 million natural gas consumers in the country.  Eighty-five percent of these households, or 3.4 million consumers, consume on average up to 500 cubic meters of natural gas per month.  However, they account for only 35% (4.5 billion cubic meters) of total consumption.

«Since the above figures reflect the average monthly level of energy consumption during the year, a sample survey was carried out in the Tashkent city, Namangan and Tashkent regions to determine the exact average monthly consumption», -said in the commentary quoted in the decision.

According to the outcomes of the monitoring, 86% of old apartment buildings, 65% of new buildings, and 57% of courtyards consumed on average up to 250 kWh of electricity per month during the season when heating is not required.

During the heating season, 78 percent of old apartment buildings, 77 percent of new buildings, and 44 percent of yard buildings consumed an average of 250 kWh of electricity per month.

Also in the above-mentioned districts, during the year when heating is not required, all subscribers living in old apartment buildings, 99% of new buildings, and 86% of yard houses consumed an average of 200 cubic meters of natural gas per month.

During the heating season, all consumers living in old apartment buildings, 93 percent of new buildings, and 64 percent of courthouses consumed an average of 700 cubic meters of natural gas per month.

According to the draft decision, from 1 July 2022:

b) 1 kWh of electricity for Navoi MMC (mining and metallurgical complex), Almalyk MMC, and budget organizations - 800 soms and for other legal entities - 600 soms.
On natural gas:

«To adapt enterprises to long-term planning, to improve operational efficiency and energy efficiency, as well as to show «a perspective goal» to reduce costs, it is proposed to approve new prices for the current year, as well as new prices which will be effective from April 1, 2023", - the statement says.

It is planned to introduce the following prices from 1 April 2023:

• maintaining a price of 800 soms for Navoi MMC, Almalyk MMC and budget organizations;

b) For natural gas:

• for compressor stations for fueling cars with gas - 1,400 soms;

The prices of fuel and energy resources, which will be set from 1 April 2023, will be indexed only for inflation in 2024 and 2025, and from 2026 it is planned to transfer to the wholesale market of electricity, natural, and liquefied gas, and prices will be be liberalized.

In addition, it is noted that the draft decision is based on the following terms in the decree "The main directions of tariff policy in the electricity sector of the Republic of Uzbekistan until 2030", approved by the Cabinet of Ministers on 13 April 2019, No 310:

• approved electricity tariffs will be valid for at least three years from 2023;

• state support for low-income and vulnerable groups of the population will be provided through the application of the basic norm of electricity and compensation in case of an increase in electricity tariffs;

It is noted that the need for fuel and energy resources in the country is growing every year.  In particular, in the last five years, the volume of electricity supply to the population has increased from 11 billion kWh to 16 billion kWh (more than 1.5 times), and the volume of natural gas has risen from 10 billion cubic meters to 13 billion cubic meters (1.3 times more).

This requires the creation of new production facilities to meet the additional demand for energy resources due to power outages (2-3 billion kWh of electricity will not be supplied in 2021 compared to real demand), low quality of services, the unstable financial situation of enterprises in the sector, and the development of the energy resources market gradually to attract private investment.