Uzbekistan is 30-40 years ahead of Kyrgyzstan - Japarov 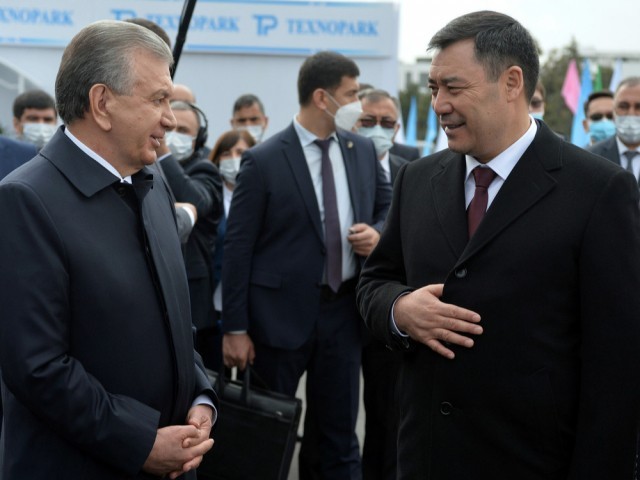 Uzbekistan left Kyrgyzstan behind by 30-40 years.  Kyrgyz President Sadyr Japarov said this at the parliamentary meeting where the agreement on joint management of separate sections of the Kyrgyz-Uzbek state border and the "Kampirabad" reservoir is being considered.

During the discussion of the agreement, the clause regarding the transfer of lands in the territory of the "Kampirabad" reservoir to Uzbekistan provoked protest from several deputies.  In turn, the President of Kyrgyzstan called on the deputies not to indulge in populism.

"The protesters say that we should give other lands, not under the reservoir, but our Uzbek friends' minds work well, they are ahead of us by 30-40 years.  For now, we're trying to scream as best we can.  I'm not talking about helicopters and airplanes, but we haven't even built a match factory in 30 years.  "If we offer [the Uzbeks] to exchange other lands, they will immediately agree, because they know very well that the reservoir will not dry up, and during this time they will use other fertile lands and get crops," says Japarov.

For information, the "Kampirabad" reservoir is a hydrotechnical facility located in the Kara Darya basin, which originates from 5 tributaries of the Tien-Shan Mountain range.  This reservoir, designed in 1962 and completed in 1968-1982, has a total area of 55 sq km and a water capacity of 1 billion 950 m3.  There has been a dispute between Uzbekistan and Kyrgyzstan for many years concerning this topic.