Uzbekistan is the tenth post-Soviet country we have visited 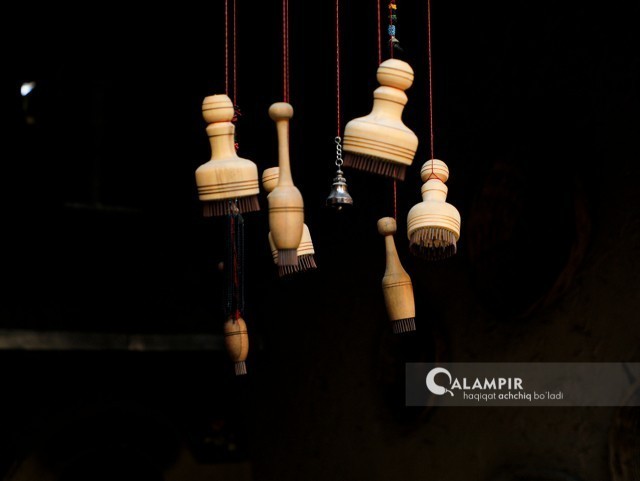 Earlier we have announced that American writer and journalist, an international researcher on media, press and freedom of speech, Cheryl L.  Reed has started writing as guest columnist at QALAMPIR.UZ.
Cheryl L. Reed has already started her work and has already written her first article. Her first article is about her trip to Uzbekistan, the memories of the first weeks, the first conclusions about Uzbekistan, its capital Tashkent and the people of Tashkent.

Uzbekistan is the tenth post-Soviet country we have visited

We arrive in Tashkent at 2 a.m. both bleary-eyed and wired. The airport looks like so many other post-Soviet airports we have flown into. Our six bags in tow, we are greeted at the exit by the same sorts of taxi drivers we’ve encountered outside countless train stations and airports throughout Eastern Europe, yelling as we pass, eager to charge twice or even five times the normal price of a fare to our hotel. But we are not your average Americans, who if they travel outside North America at all, go to places like London, Paris or Rome.

Uzbekistan is our tenth post-Soviet country. My husband and I are here as part of a Fulbright grant from the U.S. State Department. My government is underwriting my research of independent media in post-Soviet countries, where freedom of the press is in its infancy in some countries and non-existent in others. I’m here to see where Uzbekistan falls on that spectrum.

This posting follows nearly two years of my husband and I living in Ukraine, where I taught investigative reporting at various universities, and crisscrossed the former Soviet Union interviewing investigative reporters about the challenges they face to report the truth. Some of those journalists are now reporting from the war in Ukraine, others are in prisons in Belarus, and a few remain in hiding in Georgia and Azerbaijan.

Now in Tashkent, my husband and I watch news of the fighting in Ukraine. Kyiv is always on our minds. My husband has family in Ukraine and in Belarus, which has joined in the war. I keep track of my former students in Ukraine, and we both correspond with former neighbors, friends and family who sleep in bomb shelters and spend their days cooking for soldiers or dodging bullets to deliver medical supplies.

There’s so much about Tashkent that reminds me of Kyiv— the Soviet architecture, the broad streets and underground passages, the mixture of ethnic groups, the signs in Russian and English and the friendly people.

I knew from earlier research that the Lenin statues had been torn down in Tashkent and that Uzbekistan’s president is pushing for modernization. The city is clean and well maintained. I love all the trees. But I am stunned when I stumble upon a statue of the Ukrainian poet Taras Shevchenko in front of a colorful Soviet mosaic on Shevchenko Street. In nearby Zulfiya Park, there is a statue of the Belarusian poet Yakub Kolas who only lived in Tashkent for three years. I learn that his image replaced that of the Uzbek poet and journalist Zulfiya for whom the park was named. Why take down a statue of a woman when so many countries are struggling to find women in history to honor? Why are Ukrainian and Belarusian poets honored in Tashkent? I wonder.

“This is still an old Soviet town,” a local reporter explains.

I hear her voice in my head as we encounter the same bureaucratic systems here that we experienced in Ukraine, Belarus, Kazakhstan and others. The same systems that require lots of forms, registrations, stamps and standing in lines talking to people behind glass. The same demands for gratuities, like the mysterious charges a woman at the post office solicits of me and my husband without explanation but asks of no one else in line.

Uzbeks, we are told, are known for being calm. They do seem calm. But last Sunday, my husband and I watched two men get out of their cars and punch each other because one man hadn’t sped through the intersection fast enough. Another guy stopped his car in the middle of the intersection and broke up the fight.

In general, I find people in Tashkent polite and helpful. Sometimes these exchanges can be comical. Like the barista at a coffee shop who asked if I wanted “koritsa” with my cappuccino.

“You’re asking me if I want a chicken with my coffee?”

He smiled and nodded. Then he held up a silver canister to my nose.

Consulting Google translator, I learned that chicken is pronounced “kyritsa” and cinnamon is “koritsa.” Good to know. Now I fear I might accidentally ask for a pound of cinnamon at the grocery store.

There are other surprises. Because of all the Russian and Belarusian immigrants who have fled here because of sanctions, finding an apartment was especially difficult. We had to pay 30 percent more for rent than initially advertised. Food in the grocery stores is three times more expensive than when I was in Ukraine. On average, I’m spending a little more than $100 a week in grocery stores and in the states I spent $200 a week on food. Restaurants are expensive too. While tasty plov is cheap and plentiful, restaurants like Thai, Italian, Korean and other ethnic foods, charge western prices. Cell phone coverage and taxis are cheap in Tashkent, but home goods are outrageously expensive. I tried to buy a printer, which in the states usually costs about $35 to $50. Here, the cheapest printer I found was $300. The same for other items like bedsheets and coffee grinders, both about double the average price in the states.

Since I don’t speak Uzbek, I am delighted to see that many people speak Russian. There are far more fair-haired Europeans here than I expected. Yet I still stand out. When I try to communicate in my bumbling Russian, more times than not the waiter or store employee or the guy standing in line in front of me responds in excellent English.

“Where are you from?” they always ask. When I say America, they marvel and tell me that it’s their dream to go there some day. I’ve heard this in so many countries and I am always curious what idyllic life they imagine we live in America. I always tried to rectify my Ukrainian students of this notion. America, I told them, is the land of 60-hour work weeks, two-week vacations, and health care premiums that costs more your monthly car payment.

But even with the high cost of life in America, I’m grateful that my country was founded on the principle of freedom of speech. Our media has been practicing independently for centuries. We’ve made a lot of mistakes, but we’ve learned a few things. We’ve developed laws to protect journalists and carved out a set of ethics to make it clear when there is a conflict of interest.

That’s why a fledging media in a country like yours is of interest to me.

Since I arrived here three weeks ago, I’ve been talking to journalists at several independent media sites. Next week, I’ll be in Fergana to interview journalists there. Eventually I hope to travel to most of the major cities in Uzbekistan. I’ll be reporting my findings here. So, stay tuned. 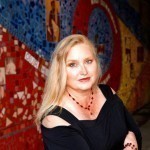 An American immerses herself in Uzbek journalism at Qalampir.uz