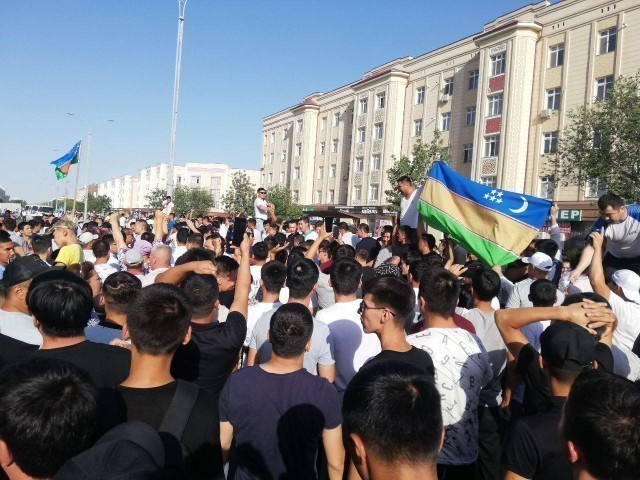 Today 1 July, some citizens of the Republic of Karakalpakstan unexpectedly organized street marches, gathered at the central farmers' market of Nukus and held rallies.

The press service under the Ministry of Internal Affairs commented on the situation.

It is noted that the incident began around 15:00pm.  The protests were launched by the incorrect interpretation by some citizens of the constitutional reforms underway in the Republic of Uzbekistan.  As a result, people gathered at the central farmers' market and organized demonstrations.

In response to this situation, in order to prevent disturbance of public order and to prevent citizens from committing various offenses, forces and resources of law enforcement agencies were brought into the territory of the farmers' market.

It was reported that public order was restored and that citizens are being given further information to prevent violations of the law and to deal with all communications in due course.

“Get out of the hall, hand in your ID cards.” How did Umurzov dismiss governors who crossed the limits?
10:48