Norov discloses what cooperation with the Taliban will give to Uzbekistan, Azerbaijan, and Turkey 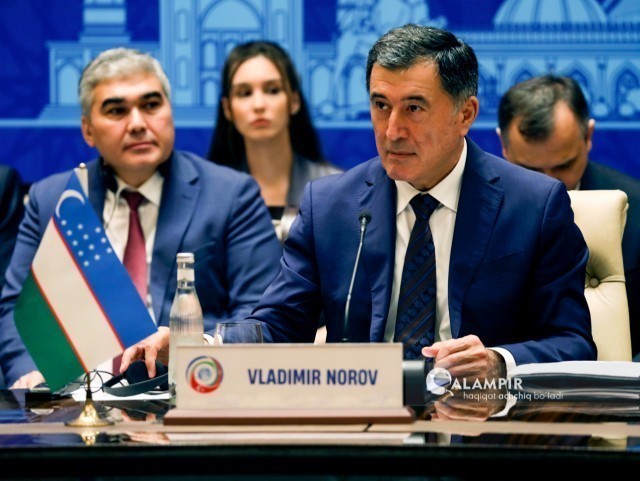 Implementation of the "Termiz-Mazari-Sharif-Kabul-Peshawar" railway project will provide a unique opportunity for direct access for Uzbekistan, Azerbaijan and Turkey to the promising markets of South Asia with a total population of 1.9 billion and a gross domestic product of $3.5 trillion.  Vladimir Norov, acting as Foreign Affairs Minister of the Republic of Uzbekistan, talked about this in his speech in English at the first meeting of the "Uzbekistan-Azerbaijan-Turkey" dialogue format.

He noted that the Trans-Afghan corridor will open up great prospects.

Acting Minister Norov spoke about the international conference on "Afghanistan: security and economic development" held in Tashkent on 26 July of the current year, emphasizing that a high-ranking delegation of the interim government of Afghanistan also participated in it.

Representatives of the "Taliban" movement recognized that the implementation of the "Termiz-Mazari-Sharif-Kabul-Peshawar" railway construction project is of strategic importance for the restoration of Afghanistan.

The implementation of this project will significantly reduce the time and cost of cargo transportation between the largest subregions through Central Asia, and will allow our countries direct access to the prospective markets of South Asia, with a total population of 1.9 billion and a GDP of $3.5 trillion" - says Norov.

According to him, Uzbekistan, Azerbaijan and Turkey, which have been transfer points in their regions, should not stay limited with the function of "transit points", but also must establish economic corridors by expanding production, logistics and trade points along existing transport routes.

This allows production of high value-added products and delivery to foreign markets.

The head of the foreign office told his colleagues that it is important to develop and implement travel packages to familiarize the youth of the countries with the common historical heritage, which, in turn, will serve to strengthen cultural and humanitarian relations between Tashkent, Baku and Ankara.