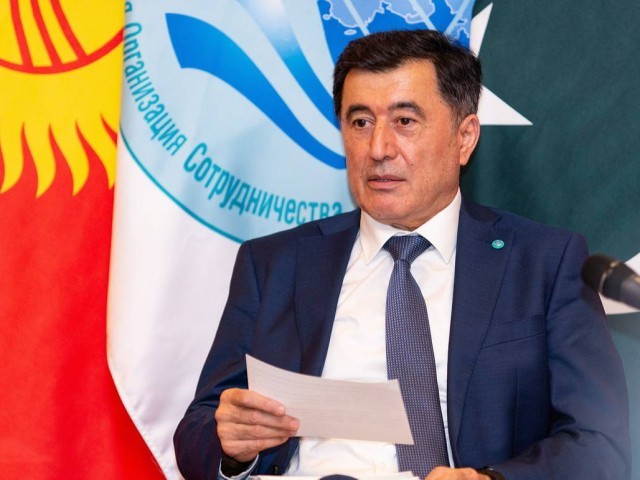 Recent events in the world, in particular the war between Russia and Ukraine, have drawn the international community’s attention from Afghanistan.  This was stated by the acting Minister of Foreign Affairs of the Republic of Uzbekistan Vladimir Norov in an interview with the news agency “Dunyo”.

"Unfortunately, due to recent events in the world, the attention of the international community paid to Afghanistan has slightly decreased,"- the Minister said.

He noted that the connection strategy of Uzbekistan in the SCO area also serves to restore the unique economic and transit role of Afghanistan for the whole of Eurasia.

“There is no doubt that Afghanistan is a key factor in ensuring long-term security and stability in the region.  Unfortunately, recent situations in the world have weakened the international community’s interest in Afghanistan.  The tragedy of the Afghan people, if they are left alone with a humanitarian catastrophe, may lead to a new influx of refugees, an increase in the drug threat, and the growth of terrorism,”-Norov stated.

The head of the foreign diplomacy office of Uzbekistan stressed that none of the countries registered as a member of the Shanghai Cooperation Organization is interested in the further development of instability at the center of Euroasia and the threat to the security of neighboring countries from the territory of Afghanistan.
“Today’s reality requires our organization to take more concrete actions and involve Afghanistan in regional initiatives, including infrastructure projects.

Therefore, the development of a consolidated approach to the strategy of the post-war development of Afghanistan within the SCO is undoubtedly one of the main priorities of our government in the organization”, - Norov said.

For reference, peace talks between the Afghan government and the Taliban began on 12 September 2020 in Doha, Qatar.

Uzbekistan, and in particular President Mirziyoyev, played a key role in starting inter-Afghan talks and in bringing the Afghan government and the Taliban to the negotiating table.  From the first days of his presidency, Mirziyoyev once again raised the Afghan issue to the attention of the international community.  Speaking at the 72nd session of the UN General Assembly in September 2017, he said that the only way to achieve peace in Afghanistan - without issuing any preconditions between the central government and the main political forces of the country - is proper communication.

On 27 March 2018, the Tashkent High-level International Conference on the topic “Peace Process, Security Cooperation and Regional Partnership” which is on Afghanistan issue were held.

Talks between the government of the Islamic Republic of Afghanistan and the Taliban began on 12 September 2020 in Doha, Qatar.  This was another important step towards peace and stability in Afghanistan.  Uzbekistan supports a solution by the own will of the Afghan people to the war, unrest, and conflicts in Afghanistan, which have lasted more than 40 years.

In his address to the Oliy Majlis (Parliament of Uzbekistan) on 29 December 2020, President Shavkat Mirziyoyev once again touched upon the Afghan problem, saying:

“We firmly believe that peace will be provided in neighboring Afghanistan and we will continue to provide practical assistance in this good way”.

In recent years, the political will of President Shavkat Mirziyoyev, the strengthening of good-neighborly relations, and reforms based on the principle “your neighbor is calm - you are calm” have made it possible to make progress in resolving the Afghan problem.  The results can be seen in the signing of the peace agreement between the US and the Taliban on 29 February 2020 in Doha, Qatar.  The armistice provided that the United States would withdraw its military forces from Afghanistan after a 19-year operation and the Taliban would cease hostilities.

The Doha talks of 12 September 2020 marked the beginning of a peaceful and prosperous life for the Afghan people.  Addressing Uzbek journalists, Mullah Abdul Ghani Baradar, head of the Taliban political office in Qatar, praised Tashkent’s efforts to bring peace to Afghanistan and restore the country’s economy.

It should be recalled that on 15 August, the Taliban took control of the Afghanistan government. President Ashraf Ghani announced his resignation and left the country.
Ashraf Ghani was reportedly in Tajikistan, Oman, and Uzbekistan after leaving the country. However, none of them were confirmed.  On 18 August, the United Arab Emirates (UAE) stated that it had granted political asylum to Ashraf Ghani and his family.

On 19 August, the movement (Taliban) issued an official statement establishing the Islamic Emirates. Taliban spokesman Vokhidulla Khoshimi stated that the movement would not establish a democratic state in Afghanistan.