We are not giving land, we are taking back what was previously given - Japarov about the “Kampirabad” agreement 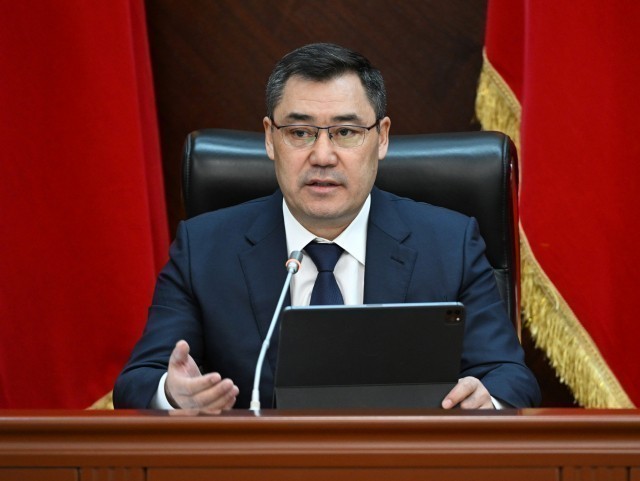 Today 17 November, in the Parliament of Kyrgyzstan, deputies are considering an agreement with Uzbekistan on joint management of separate sections of the Kyrgyzstan-Uzbekistan border and the "Kampirabad" reservoir.  The President of the country Sadir Japarov is also participating in the meeting.  This was reported by 24 kg.

Japarov called on the deputies to support the agreement on the state border with Uzbekistan.  He reacted to the fact that five deputies left the meeting of the International Affairs, Defense and Security Committee of the Parliament without voting for the committee's decision.

"There is no need to be a populist, to leave the meeting and try to disrupt the quorum... You should not do this when the fate of the country is being decided.  It is possible to be in opposition to the government, but it is not necessary to be in opposition to the state.  Many ordinary citizens are shouting because they do not understand the question without seeing the documents.  You can see everything, there are archive documents.  No matter how much they shout and resist, it would be better if you first study this issue, understand that this is a useful deal, and make a responsible decision.  The people chose you because they believe that you will decide the fate of the country," says Sadyr Japarov.

He urged the deputies not to be afraid and said that the government is on the right track.

"We are not giving away the land, on the contrary, we are taking back what was given by the previous rulers.  Kamchibek Tashiyev proved it with facts and archival documents.  Today we are taking the right steps and history will judge what is happening.  Everything remains in the archive.  You need to temporarily put your interests aside.  Just because you're a friend of the opposition doesn't mean you should join them.  Let's think about the integrity of the country," said the President.

For information, the "Kampirabad" reservoir is a hydrotechnical facility located in the Kara Darya basin, which originates from 5 tributaries of the Tien-Shan Mountain range.  This reservoir, designed in 1962 and completed in 1968-1982, has a total area of 55 sq km and a water capacity of 1 billion 950 m3.  There has been a dispute between Uzbekistan and Kyrgyzstan for many years concerning this issue.