Shoigu discloses why Russia is slowing down the war in Ukraine 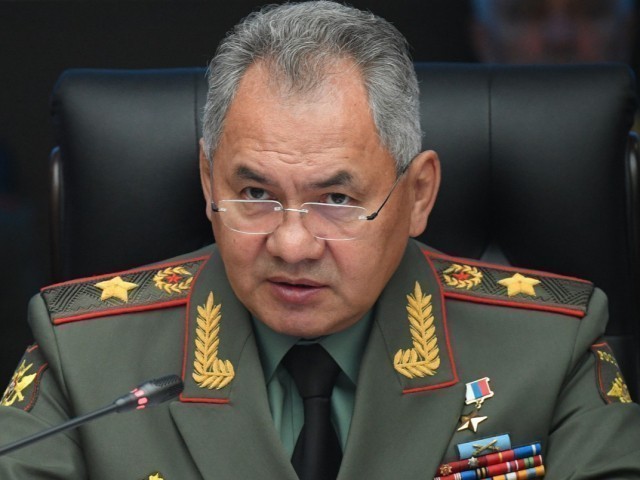 Slowing down the offensive during the “special military operation” in Ukraine was a deliberate decision aimed at minimizing casualties among the civilian population.  This was stated by Russian Defense Minister Sergey Shoygu at the meeting of Defense Ministers of the Shanghai Cooperation Organization (SCO) member states in Tashkent.

According to him, during the war, the Russian military strictly observes the norms of humanitarian law.

Every effort is being made to prevent civilian casualties.  Of course, this reduces the attack pace, but we do it consciously”, - Shoigu says.

The head of the Defense Ministry said that the Russian military has organized systematic work to establish peaceful life in the occupied territories.

“We are providing humanitarian assistance, restoring infrastructure and life-support systems”, - he says.

According to Shoygu, Ukrainian military formations are using “scorched earth tactics», and acting as terrorists and grossly violate international norms.

On 21 February of the current year, Russian President Vladimir Putin signed a decree in the Kremlin recognizing the self-proclaimed independent Lugansk People's Republic (LPR) and Donetsk People's Republic (DPR) in eastern Ukraine.  Later, the Russian Federation increased the risk of war against Ukraine by emphasizing that the republics were recognized on the territory of the regions of the same name.

On 24 February, Russian President Vladimir Putin announced that the Russian military had launched a "special military operation" in eastern Ukraine's Donbas, and Russian troops began attacking Ukraine.  Putin justified this action by the fact that the leaders of the pro-Russian separatist forces in eastern Ukraine sent such a request.

Earlier, Zelensky addressed the citizens of Russia in Russian and said that Ukrainians "Do not need a cold, hot, or hybrid war" and that Ukrainians are ready to meet the attackers. Soon after, the president severed diplomatic relations with Russia.  President Zelensky declared an emergency situation in the country.

On 25 February, Zelensky announced a general military mobilization in Ukraine.  It was decided that the call to the army would be carried out in several regions and cities of the country.

Until now, Russian troops have been attacking Ukraine from the north, east, and south, and have succeeded in occupying several territories.  However, this war has led to the isolation of Russia from the rest of the world.

The start of the attack on Ukraine dealt a heavy blow to the Russian economy.  Shares of Russian companies fell sharply, and trading on the Moscow Stock Exchange was at an unprecedented level. Gazprom, LUKOIL, and other large companies suffered losses.

After the attack, European countries and the USA introduced several stages of sanctions against Russia. Russian banks VTB, Bank of Russia, Otkritiya, Novikombank, Promsvyazbank, Sovkombank and VEB.RF has been disconnected from the SWIFT international interbank system. The USA and the European Union blocked Russia's gold-currency reserves.

European countries, the USA, and Canada have closed their airspace for Russia.  Switzerland, which is considered a neutral country, joined these sanctions.   Against the backdrop of the war, the process of Ukraine's accession to the European Union has accelerated.