Russia is dragging Uzbeks into war in 3 ways 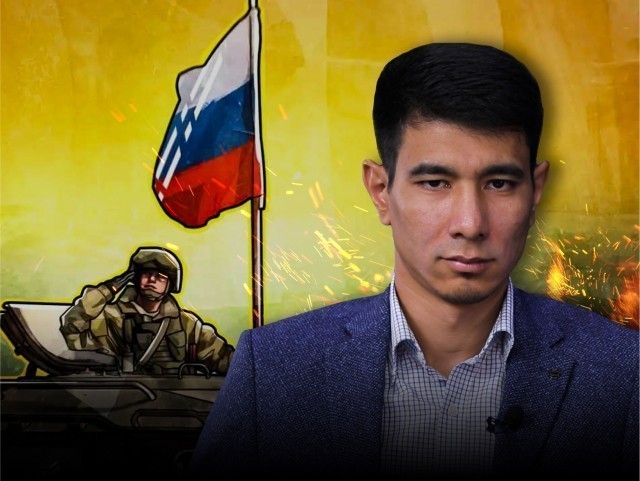 Even before the announcement of partial mobilization in Russia, not only Russians, but also citizens of other states, Uzbeks and prisoners in prison were systematically involved in military conflicts in Ukraine for several months.  Batirjon Shermuhammad, an expert and lawyer who works with Uzbek migrants in Russia, said this in an interview with the QALAMPIR.UZ website.

He said that Russia is trapping Uzbeks in three different ways and sending them to war.

"First of all, big promises are made to foreign citizens and Uzbeks kept in Russian prisons.  High cash offer, forgiveness after 6 months.

Also, Russia is drastically simplifying the rules of admission to its citizenship.  Citizenship is granted for one year of service.  Before, it was very difficult for the citizens of Uzbekistan.  Uzbeks intending to get citizenship can take advantage of this "opportunity".

Secondly, many Uzbek immigrants work in Russia illegally, without documents required by law.  Russian law enforcement agencies can arrest them at any time, threaten them with deportation, and send them to war.  An example of this is one of the two Uzbeks caught in Ukraine.  Deportation can put their family in a difficult situation

According to Batir Shermuhammad, the worst thing is that Uzbekistan has not yet taken concrete practical actions against such involvement.

"Except for a few warnings issued by the Foreign Labor Migration Agency, the government of Uzbekistan has not clearly announced its attitude to the war, nor the recruitment of Uzbek citizens," says the expert.

You can watch the full video interview with Batir Shermuhammad, an expert on migrant issues and a lawyer, on QALAMPIR.UZ's YouTube channel.
Let us remind you that on 21 September, President Vladimir Putin signed a decree on partial mobilization in Russia, according to which 300,000 Russian citizens will be sent to the front in the first stage.

Following the adoption of the decision on mobilization, Kirill Kabanov, a member of the council on Human Rights under the President of Russia, announced that new citizens of the Russian Federation who have held Russian citizenship for less than 10 years - citizens of Central Asian countries - will undergo mandatory military service for one year.  Continuing that proposals are being prepared.  This applies to citizens who moved from Kazakhstan, Kyrgyzstan, Tajikistan and Uzbekistan.