Children are going to school by the cliff in the park. Administration responded. 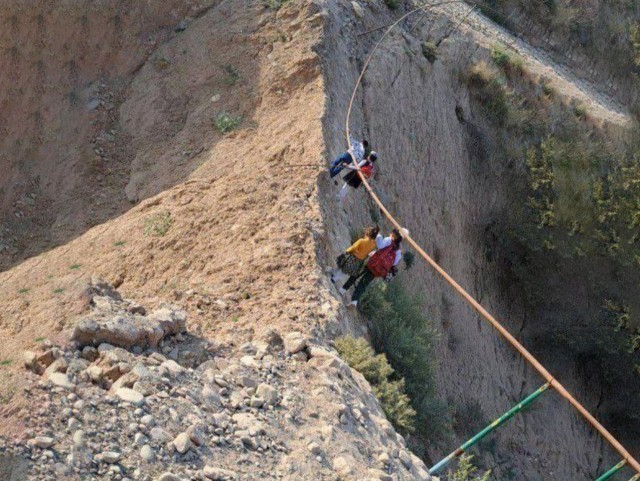 Pictures of children going over a slope to school in the village of Changi, Parkent district of Tashkent region, have been distributed on social networks.  The situation provoked a wide discussion.  The administration of the Parkent district reacted to the situation.

It is noted that there are 14 apartments on Obisher Street, neighborhood "Nurabad", the village of Changi.  The street was built in 2018.  The road, which is difficult for students, was built by residents with primer, but due to the continuous rains in the spring of 2022, most of the road was seriously damaged.

Eight pupils from this street attend the 29th General School, located in the village of Hisorak. There is an additional safe way to get into this school, other than what is shown in the pictures that sparked the discussion.  Obisher Street is 1.3 km far from the school.

"The district administration reported that since this road is not included in the balance of internal roads, it will be included in the balance of internal roads based on design and estimate documentation, and the construction will involve qualified specialists. Because it is impossible to find a long-term solution to the problem simply by throwing gravel, the rain reports that such cases can be repeated in the following seasons.

The situation in the village was taken under full control of the district administration, and design work on the construction began.  A positive solution to this issue will be found by the end of 2022", - the mayor said.