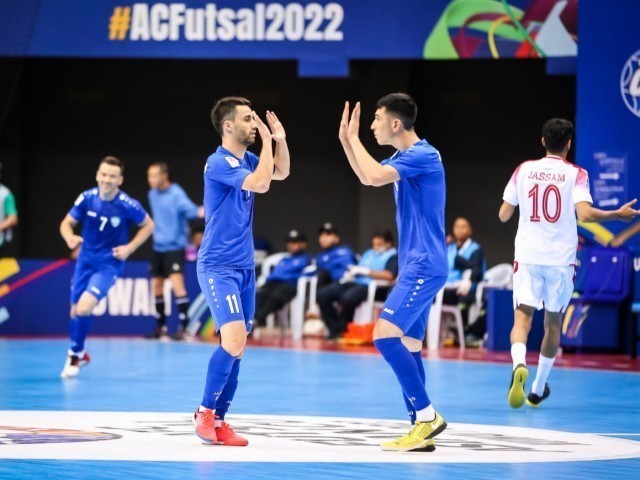 Today 1 October in the 3rd round of the Asian Futsal Cup held in Kuwait, the Uzbekistan team played against Bahrain and won with a big score.

In the 6th minute of the match, Elbek Tolkinov led the Uzbeks forward.  In the 19th minute, Akbar Usmanov upped the score to 2:0.

The second half of the national team of Uzbekistan was spent more offensively.  In the 22nd minute, Mashrab Odilov increased the gap.  After 4 minutes Shahram Fakhriddinov also put his name on the board.  But it was not the last goal of the Uzbek futzalists.  In the 26th and 30th minutes, Nishonov and Usmanov scored the 5th and 6th goals against Bahrain.  Ammar Hassan Ali scored Bahrain’s first and only goal in the 35th minute.  Ali’s goal was the last in the match. Thus, the Uzbek futzalists defeated Bahrain with a score of 6:1 and reached the quarterfinals with a 100% score in the group stage.