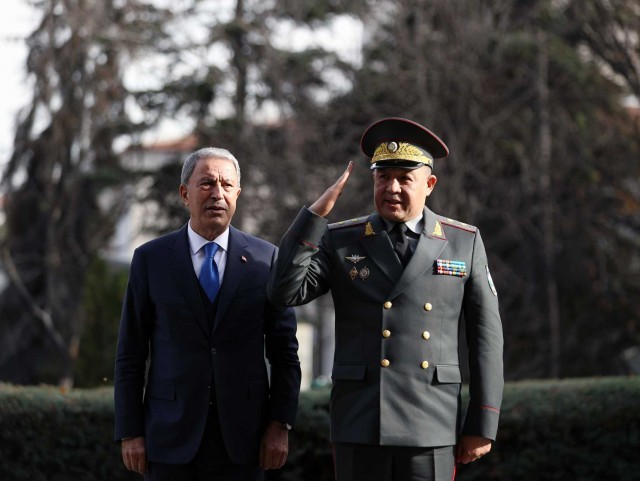 After the negotiations were concluded and the agreement on military cooperation between Turkey and Uzbekistan was signed, the ministers made a joint statement to the press.

"We will continue our fight against terrorists.  Our friends, allies, and partners should understand our position in this regard very well," says Hulusi Akar.

Paying attention to the recent attacks, Akar said, "Innocent people, including children, were killed as a result of these terrible attacks.  Terrorists brutally attack schools and children.  The criminals, who could not defeat our fighters on the battlefield, set their eyes on the civilians.  Our fight is against terrorists who threaten civilians, and this fight will continue until the terrorist organizations are destroyed," said the Turkish minister.

Kurbanov expressed deep sympathy to the family members and relatives of the victims of the terrorist attack and wished the wounded a speedy recovery.

"I believe that the Turkish Armed Forces will punish those responsible for these heinous attacks," said General Kurbanov.

Also, Kurbanov noted that they had very useful negotiations with Akar and signed important agreements.

"The meetings of our presidents laid the groundwork for further development of our relations in the military sphere.  "We are developing our cooperation in the field of defense by the high-level partnership and the decrees of our honorable presidents," he said.

Noting that the issues of military training and technical equipment were discussed in meetings with Minister Akar, Kurbanov said:

"Turkey is one of the world's leading countries in the field of the defense industry.  Therefore, we will take important steps in cooperation in this regard."