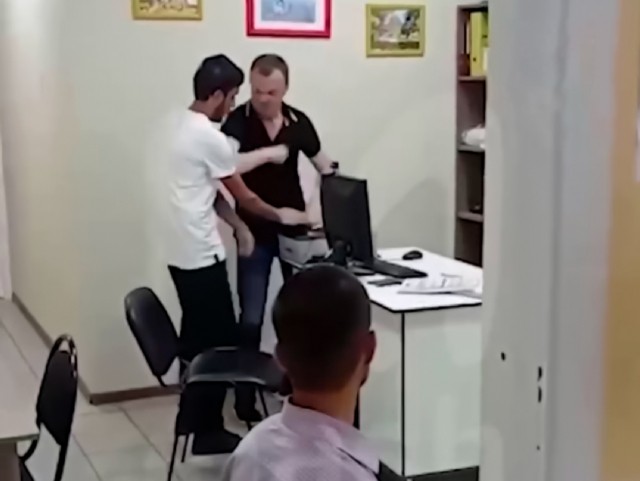 A video spread on social networks in which a staff member of the migration center in the Russian Voronezh beat an immigrant from Uzbekistan while taking his fingerprints.  The Foreign Labor Migration Agency of Uzbekistan commented on the situation.

It is noted that the video was filmed on 28 June in the building of the Voronezh Migration Center by Uzbek citizen M.I. and was shared with a representative of the Agency for Foreign Labor Migration in Voronezh on 1 July.

Together with the General Consulate of Uzbekistan in Moscow, the identity of the citizen on the video was established and a meeting was organized on 4 July.

Citizen A.G. (the victim) reported that he went to Voronezh for work on 1 June of the current year, and on June 28, while his fingerprints were being taken in order to process his documents, the officer in charge used force against him at the Migration Center, and he confirmed that he had no complaints about his health.

"This incident has been investigated in detail and a note has been submitted to the relevant authorities with additional information," - the report says.