Singers are creating songs for weddings, they have to do it – Nazarbekov 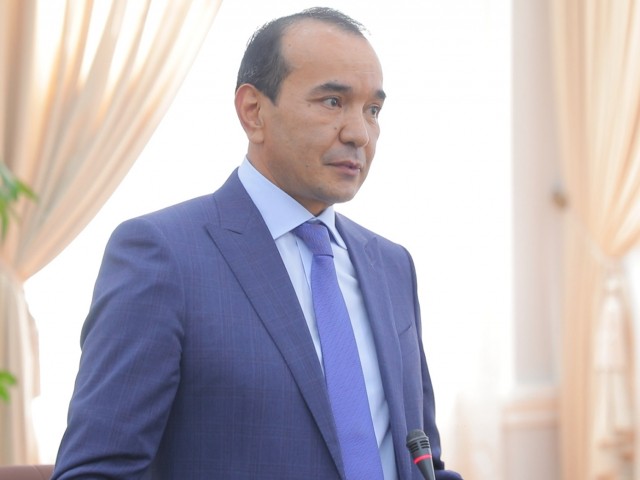 Instead of creating quality songs, singers in Uzbekistan create songs for weddings.  Is this because you earn more at a wedding?  In some cases, artists who once created songs and achieved success are now homeless.  Those who sang songs at weddings without the permission from the songwriter built two-storey palaces.

This was stated by the Minister of Culture of Uzbekistan Ozodbek Nazarbekov at a round table on 5 August, with the participation of the Chamber for the protection of the copyright of artists, creators, and performers.

We do not build a factory during our creativity - that can be done even after our careers are over. We work for a living, and our future is 100% dependent on that.  We are witnessing that there are singers who were outstanding in their time, but are now homeless.  There are also those who have built their own homes by singing the songs of others.  However, the situation is that the real author of these works is pushed away and ignored, and then what we observe is that the original singer/songwriter suffers towards the end of their lives." - the Minister said, noting the importance of copyright.

As reported earlier, on 26 May 2020, the president of the Republic of Uzbekistan Shavkat Mirziyoyev signed a decision “On measures to further increase the role and influence of the sphere of culture and art in the life of society.”  The decision implied the creation of the House of Representatives in the sphere of culture and art to protect the copyright of artists, creators, and performers.  It is not about the organization of the chamber, but about its activities.  However, the point is not just about organization of something, but the operating of it.  Earlier this week, the Chamber recalled its “presence”.

According to the information provided by the Chamber, from 1 August of the current year,  the use of songs by People’s Artists of Uzbekistan Sherali Jo'rayev, Bobomurod Hamdamov, and singer Abdurauf Olimov without concluding a license agreement will be prohibited.  This rule applies to weddings and ceremonies, performances on the internet and on television, as well as, radio channels.

Nazarbekov said that this news caused contradictory opinions and quarrels.  However, the minister stressed that it is time to issue a concrete decision.

"The quarrel that began yesterday is natural.  If the Chamber begins its work in full, such disagreements will grow.  It’s time to solve the problem.  After we announced the news related to these three artists, various opposing opinions began to appear on social networks.  It is not necessary to be afraid of this", - Nazarbekov says.

He told his colleagues that if they wanted to sing another artist's song, they have to sign a contract.

“This does not mean that the contract will be only for money.  The author should be respected, singers can make the author agree and perform for free, if they can.  At least they must inform the author to conclude the contract in a form in which he can afford it, and continue their work” -  he says.

It is noted that today’s singers create not for art, but weddings.

“As a minister, I hope for quality.  Today’s singers create not for art, but for weddings because there is more benefit from the wedding.  It has to be understood correctly.  They have to adapt to it.  If the singers are interested in intellectual property, they start to create works with completely different views.  Artists will try to create mature works of art”, - the Minister added.

According to him, law enforcement agencies do not have much experience in copyright protection.  It also takes time.

“I know that there are people who are fed up with this topic.  We have seen many times that the work did not move forward and the issue was not resolved despite the fact that we met and talked about a solution for this.  However, this time we are determined to solve it systematically. Recently, there has been a progress in protecting the rights of authors and creators.  Authors, who wrote plays for theaters, were allocated 2.8 billion soms," - the Minister concluded.