Unexpected statement from US Ambassador: Uzbekistan received a low rating 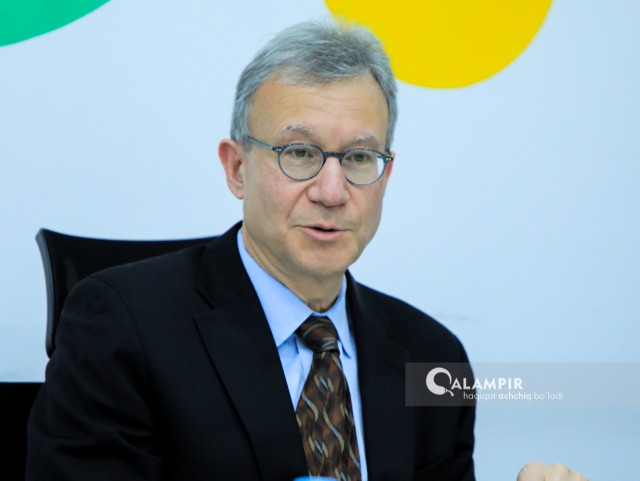 In the annual rating report of the international non-governmental organization "Reporters Without Borders" on Freedom of Speech Index 2022, Uzbekistan rose by 24 steps to 133rd place.  However, this was not due to improved conditions for free and independent media, or for the better treatment of journalists and bloggers.

Actually, the positions of Uzbekistan in these ratings did not rise, but rather fell.  This was stated by US ambassador to Uzbekistan Daniel Rosenblum at a press conference at Webster University in Tashkent.

In April this year, the ambassador was amazed to learn that the organization "Reporters Without Borders" raised Uzbekistan's position from 157th to 133rd place in World Press Freedom Index  2022.

“The way this news about the ranking was reported here in Uzbekistan was pretty interesting to me:  most media sources simply reported that the ranking had moved up 24 places, and quoted the presidential press spokesman, Mr. Asadov, or the chairman of the board of the Media Support Fund, Mr. Allamjanov, both of whom touted this as international recognition of Uzbekistan’s significant progress towards a free media environment.   To be fair, Mr. Allamjanov also noted room for improvement, saying that “if the press is given less interference, we have a chance to rise to a higher level.

Several media outlets outside Uzbekistan, however, pointed out that there was more to this story than meets the eye.   There is a real story behind the superficial story and I think you would all agree with me that the job of professional journalists is to find and report the “real story.”

The fact is, there is a more complicated reason to explain Uzbekistan’s big rise in the rankings, one that has nothing to do with improvements in conditions for free and independent media or the treatment of journalists and bloggers.   The fact is that for its 2022 World Press Freedom Index, Reporters Without Borders (which is also known as Reporters Sans Frontieres in French, which is RSF), they completely changed the methodology for evaluating countries.  They introduced five new indicators of press freedom, and they used new types of surveys to measure a country’s performance on each of those indicators.

As a result of this change in methodology, many countries changed places, both up and down.  So it is very difficult, maybe even impossible, to make meaningful comparisons between the 2021 rankings and 2022 rankings.”- said the US Ambassador.

Uzbekistan scored 45.74 points in the global rankings and is listed in the row of the states where the situation is difficult.  Stating this, Rosenblum emphasized that in fact, the scores of Uzbekistan are not high, but low.

I want to repeat that:

That’s the story behind the story.”

Continuing his speech, the US Ambassador quoted the opinions given in the World Press Freedom Index 2022 of the organization “Reporters Without Borders”:

“The authorities largely control the media, as well as a number of bloggers with close ties to the government…authorities still have not implemented the reforms needed to abolish laws that enable repression of the media.   Surveillance, censorship, and self-censorship are prevalent…Officials make it a practice of exerting economic pressure and of trying to corrupt journalists…The last imprisoned journalists have been freed but not rehabilitated…Bloggers are threatened and arrested.” 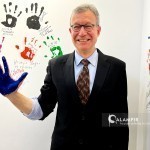 Rosenblum, whose role as ambassador is ending, will not go far from Uzbekistan