A former bank manager plundered 1.3 billion in loans in Jizzakh 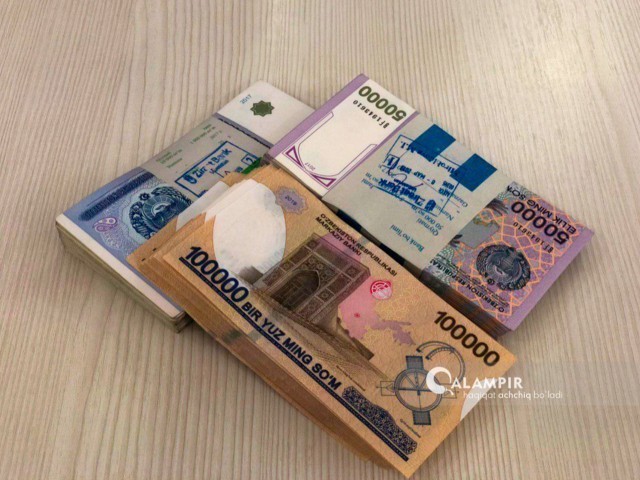 The theft of loan funds totaling more than 2 billion soms was identified in the Samarkand and Jizzakh regions.  This was announced by the Department for Combating Economic Crimes under the General Prosecutor's Office.

In the pre-investigation conducted by the Jizzakh city department, the former manager of the Jizzakh regional branch of the Joint-stock commerce bank "Agricultural Construction Bank" U.Yu.  was found to have embezzled 1.3 billion soms of loan funds.  He "Z.B.", by appointing his nephew O. as the head of the LLC, obtained a loan of 1.5 billion soms for the purchase of trucks and vehicles for this LLC, and then he sold the vehicles worth 1.3 billion soms to other persons and embezzled the loan funds.

As a result of the investigation carried out by the Kattakorgan City Department of the Samarkand Region Department for Combating Economic Crimes, "N.M." head of private enterprise N.M. and others obtained a loan of 640 million soms from the branch of the regional commercial bank to purchase the door, window and furniture production equipment, and it was found that they used these funds for no purpose and looted them.

In the preliminary investigation conducted by the Nurabad district department of the department, "T.Ch." Head of the Limited Liability Company I.Q. It was found out that he looted 410 million soms allocated from the branch of the regional commercial bank to LLC and family members to buy livestock.

Similarly, in the investigation conducted by the Toylok District Department, individual entrepreneur Sh.D., "O-A." head of the farm O.U. and others colluded and obtained a preferential loan of 237 million soms in the name of 10 citizens living in this district for the purchase of potato seeds and used these loan funds for their own needs.

According to the relevant articles of the Criminal Code, criminal cases have been initiated and investigations are being conducted in connection with these cases.