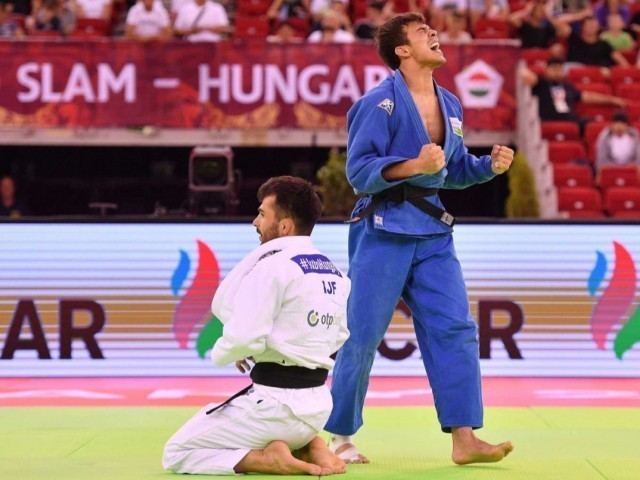 In the capital of Hungary, Budapest, the following judo competition of the series "Grand Slam" was completed.  The national team of Uzbekistan, which took part with seven athletes, completed the tournament with 1 silver and 1 bronze medal.

Shokhrukh Bakhtiyorov competed for the bronze medal in the weight category of +100 kg. Bakhtiyorov, who went on tatami against Finn Martti Pumalainen, was able to claim victory and won a bronze medal.  With this result, Shahrukh scored 500 points for the world rating and 250 points for Paris 2024.

Rakhimjon Subkhanov, who competed in the final in the 66kg category, competed with Japanese Olympic champion Xifumi Abe.

Although the competition ended with a victory for the representative of the Japan, the Uzbek wrestler was able to resist to Xifumi Abe.  As a result, Abe continued his 3-year win series with 2 extra scores.  Subkhanov was satisfied with the silver medal.

For reference, the national team of Uzbekistan went to the competition in Hungary with the second content.

The deputy governor of Angren was found dead in his house
15:31