Veterans of WW2 to be recipients of 15 million soms each 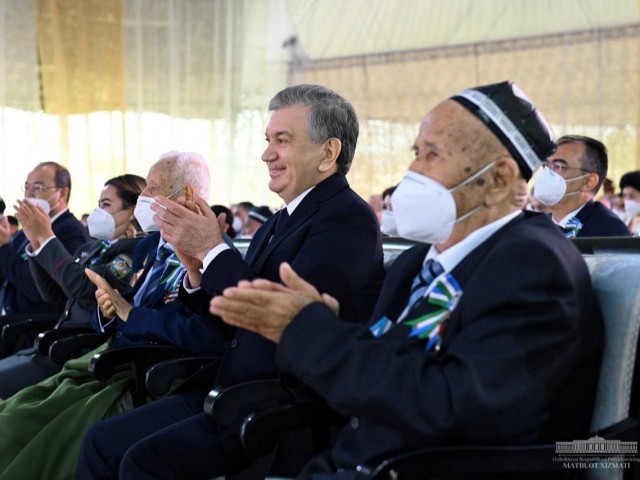 On the eve of 9 May, Memory and Honor Day, war veterans, prisoners of concentration camps and those who experienced Leningrad's blockade will receive 15 million som each.  This was announced at a video meeting chaired by President Shavkat Mirziyoyev on measures to further strengthen social protection of the needy population.

The officials have been tasked with the following assignments:

• personal communication with people suffering from loneliness, those in need of care and the bestowment of gifts.

• holding personal visits to the homes of war veterans, the inmates of concentration camps and those who participated in Leningrad’s blockade and the presenting them with money prizes and valuable gifts;

• meet personally with 10,000 veterans who worked behind the war zones, and also present them with gifts.