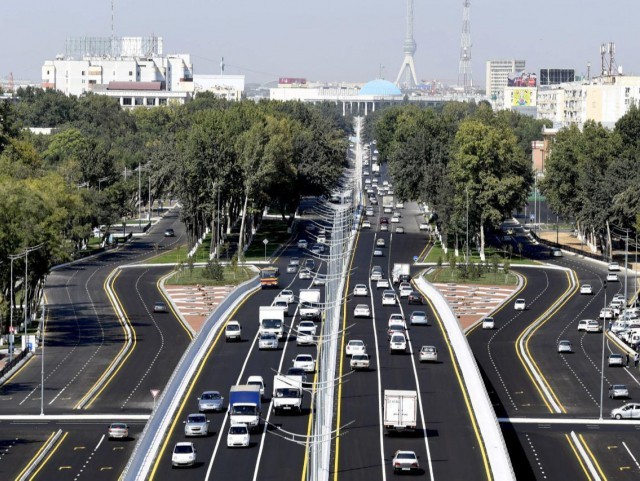 It is expected that the speed of vehicles will be set at to 60km per hour on all streets located within the small ring road of the capital Tashkent.  This was reported by the Tashkent City Council of People's Deputies.

It is noted that the permanent committee of the Tashkent City Council of People's Deputies on Industry, Transport, Construction, Communal Sector, and Public Service Issues, Traffic Control Department of  General Administration of Internal Affairs bodies of Tashkent city, and experts of relevant organizations related to the sector, together with the council's decision on 23 September 2022 "On reviewing the issue of limiting the speed to 60 km\hour in some streets of the capital in order to ensure the implementation of the decision No. VI-70-247-14-0-K/22 studies have been conducted.

Today on 29 September, this issue was discussed in detail at the meeting of the permanent committee on Industry, Transport, Construction, Communal Sector, and Public Services.

The fact is that at the 70th session of the Tashkent City Council, the issue of limiting the high speed of vehicles to 60 km on the streets of Amir Temur, Fergana Road, Shota Rustaveli, Yangi Sergeli, Babur, and Bunyodkor was introduced by the Tashkent City Road traffic department of internal affairs bodies.

MPs proposed to study the issue in more detail and, if necessary, to involve relevant experts in order to further reduce the speed.  After that, the permanent commission and road traffic department found it appropriate to limit the speed of vehicles to 60km per hour on all streets located inside the small ring road.

At the same time, in order to fully ensure traffic safety on some streets, prevent and reduce traffic accidents related to death, as well as to create sufficiently comfortable conditions for traffic participants it was considered appropriate to limit the speed of movement to 50km per hour.  These include parts of Alisher Navoi, Mahtumkuli, Amir Temur, Small Ring Road, Islam Karimov, Taras Shevchenko, Babur, Furqat streets, and Amir Temur Avenue roundabout.

The permanent committee approved the inclusion of this issue in the agenda of the next session of the Tashkent City Council of People's Deputies.