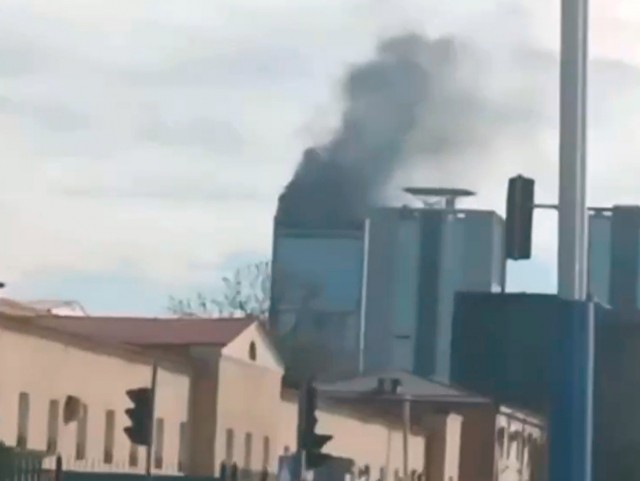 Today, 23 November, a video about a fire in the IT park in the Mirzo Ulugbek district of Tashkent was circulated on social networks.  The Ministry of Emergency Situations of the Republic of Uzbekistan disclosed the details of this fire.

At 11:12a.m. today, the FVB of the city received a report that a fire was occurring in one of the multi-storey buildings located on the street of “Olimlar” neighborhood Shahriabad, Mirzo Ulugbek district of Tashkent city.

As a result of the fire, on the 21st floor of the unfinished 24-story IT-park building, the remains of penoplast burned on an area of about 5 square meters.  Neighboring buildings were not damaged in the fire.

No one was injured or killed as a result of the incident.  The cause of the fire and the amount of material damage are currently being determined.