Safoyev's response to Moscow: Senator confirms Mirziyoyev's statements about the oppression of the USSR 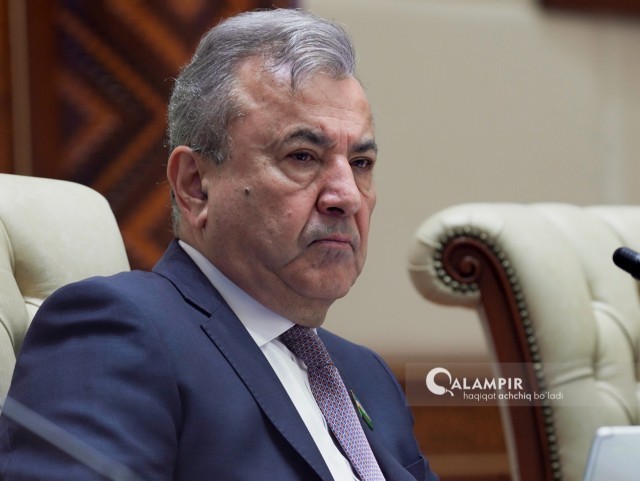 The president of the Republic of Uzbekistan Shavkat Mirziyoyev, on 31 August of the current year, at the Square of Memory of Martyrs and at the Museum “Memorial of Victims of Repression” said: “Achieving independence was not easy, although 31 years have passed since our independence, our grandparents attempted it 100 years ago.  100,000 of our compatriots were subjected to repression, and 13,000 were brutally executed.  Why?”  His words created a lot of discussion in Moscow.

In particular, Konstantin Zatulin, first deputy Chairman of the State Duma Committee for CIS, Eurasian Integration and Relations with Compatriots, made an objection.
“Nobody destroyed the Uzbek nation in the Soviet Union.  Now there is a whole pantheon of claims that the Soviet Union deliberately starved Ukrainians on purpose, exterminated the Baltic peoples, and so on.  The Soviet Union, despite all its shortcomings, was an international community, and Uzbekistan first appeared on the world map under the Soviet Union, and then gained independence, retained its language, preserved itself as a nation”, - Zatulin writes.

His provocative address was not reacted to by the Official Tashkent.  Sodik Safoyev, first deputy Chairman of the Senate of the Oliy Majlis (Parliament) of the Republic of Uzbekistan, supports Mirziyoyev’s opinion and writes:

“This is a completely inadequate reaction to the balanced, impartial, and sincere speech of the president of Uzbekistan, who paid tribute to the victims of repression by the authoritarian regime.  What was the discussion about?  Was the regime cruel and merciless?  Or were those who perished really victims of inhuman repression?  No man who has the true mind and clear memory can ask these questions.

I also participated in a ceremony held at a place that became a dwelling and a cemetery for thousands of our compatriots who have dared to raise their voices against the regime and for the freedom of the motherland.  It was sincere, open and solemn, kind of sincere, kind of human.
Especially in that place, we have humanely returned our debt to those who courageously accepted their deaths from the executioners.  Is this now an occasion for sensational politicization and populist panic?!”