A liver transplant was performed in Samarkand. Both the patient and the donor died 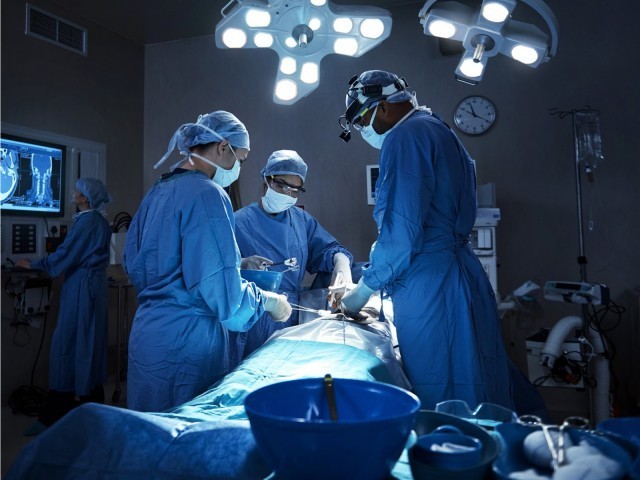 The first liver transplant was performed in Samarkand, and both the patient and the donor died the following week.  Information about this was provided to QALAMPIR.UZ by the Information Service of the Health Department of the Samarkand region.

It was reported that on 9 August of the current year, for the first time in the region, transplant surgeons of the regional multidisciplinary medical center performed a liver transplant, which is considered to be a very complex and unique operation.  The donor was the 35-year-old daughter of the patient, her 57-year-old mother who was in critical condition suffering from cirrhosis of the liver, in the sub-compensation stage.

Over the past four years, the patient's condition had deteriorated and she was treated several times for cirrhosis of the liver at the regional multidisciplinary medical center.  However, due to her deteriorating health, she was admitted to the surgical ward on 27 July of the current year.  After standard examinations, the patient underwent pre-operation conservative therapy.

“Prior to the liver transplant, the patient, the donor, and their relatives were treated on the basis of the standards established by law and specified in legal documents.

After a 13-hour 20-minute operation, the patient was transferred to the intensive care unit, where treatment continued.  However, according to a preliminary analysis, this citizen, who was in a serious, but stable condition, died on 12 August due to acute cardiovascular insufficiency," –reported the Samarkand Regional Health Department.

It is noted that the 35-year-old daughter of the patient, the donor, was examined and transplanted according to standard procedure.  After the surgery, she underwent intensive treatment.

“However, the donor had kidney failure, complications with bilateral pneumonia, and standard intensive treatments were used.  Following this, the patient, whose general condition was improving, suddenly deteriorated on 16 August, and her heart stopped beating.  Despite the resuscitation measures, the patient passed away”, - the report said.

Experts say that there is suspicion that the donor experienced complications from a pulmonary embolism.