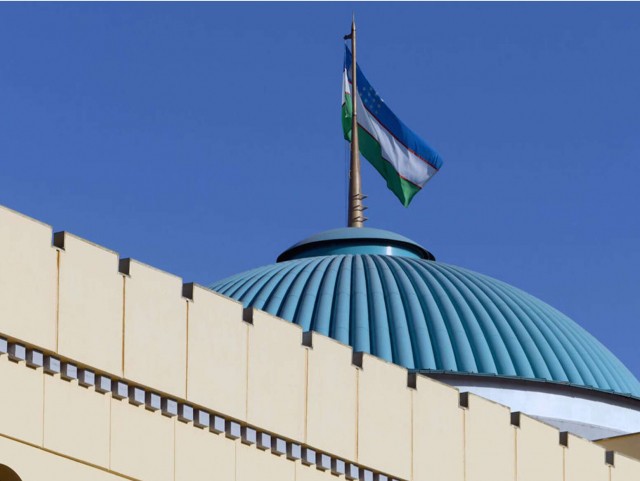 The Republic of Uzbekistan, as the Chair of the Shanghai Cooperation Organization, welcomed the achievement of peace and the elimination of tension on the Azerbaijani-Armenian border. This was stated by the Ministry of Foreign Affairs.

“Uzbekistan is sure that the only way to resolve all issues and existing problems is through peaceful negotiations and consultations on the basis of international law and within the framework of previously reached agreements.

We hope that conditions for peace will be strictly observed and that restraint will be shown in any circumstances, and we call on the parties to engage in political and diplomatic negotiations to stabilize and resolve the situation", said the statement of the Ministry of Foreign Affairs.

It should be recalled that on the night of 13 September, units of the Armenian armed forces carried out a large-scale provocation in the Dashkesan, Kelbajar and Lachin directions of the Azerbaijani-Armenian State Border.

The fighting on the border between Armenia and Azerbaijan began on 13 September at 00:05pm local time.  Baku accused Yerevan of provocations and said that the conflict was a consequence.

According to official Baku, on the night of 13 September, units of the Armenian armed forces carried out a large-scale provocation in the Dashkesan, Kelbajar and Lachin directions of the Azerbaijani-Armenian state border.  Fifty soldiers from Azerbaijan and 49 from Armenia were killed in the clashes.  The parties agreed to re-establish the ceasefire on the morning of 13 September.

In 2020, Azerbaijan and Armenia settled the matters of the Karabakh region.  The military conflicts, which entered history under the name of the Second Karabakh War or «Battles for the Motherland», began on 27 September 2020 and lasted 44 days.  On the night of 9-10 November 2020, a statement «On ceasefire in Nagorny Karabakh» was signed.  Azerbaijan won the war under the auspices of Turkey.  Armenia, hoping for Russia’s help, was defeated.

Turkey, which ranks 11th in the world in terms of its military potential, actively used Azerbaijan in the Karabakh war both spiritually, politically and militarily.  In fact, Turkey has supported Azerbaijan since the First Karabakh War.  In 2010, after the two countries reached a strategic partnership in the field of military cooperation, this support began to take practical form. After that, Turkey trained officers for the Azerbaijani Armed Forces and became the third largest exporter of weapons to that country after Russia and Israel.  In particular, weapon exports increased 6-fold in 2020.  Prior to the Nagorny Karabakh clashes, the two countries conducted mutual military exercises.  It is said that at the end of the exercise, Turkey also left in Azerbaijan 2 F-16 fighters.  The Turkish-made unmanned aerial vehicles «Bayraktar» also played a significant role in ensuring the victory of Azerbaijan.

As a result of the 44-day war, the Azerbaijani army liberated 5 cities, 4 towns and 286 villages from the Armenian invaders.  More than 2,900 servicemen of the Azerbaijani Armed Forces died in the struggle to liberate their homeland.