The head of the district medical association was dismissed after more than ten women were placed in one ward in the «maternity hospital» in Namangan. 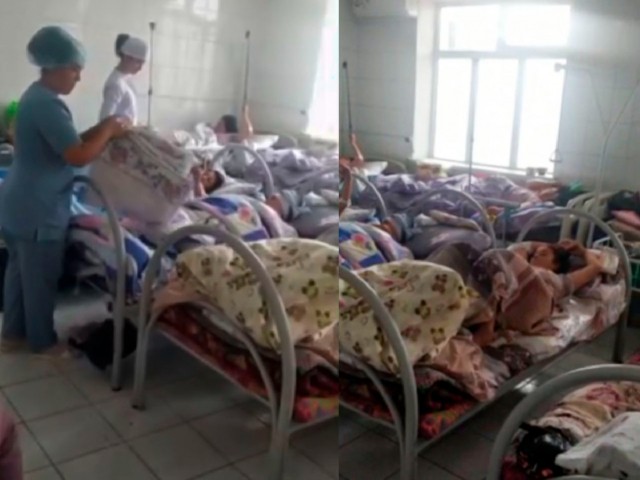 The head of the Chortok district medical association of the Namangan region, who irresponsibly carried out his duties, was dismissed from his post.  This was reported by the Ministry of Health.

It is noted that the work of the health facilities responsible for maternal and child health in Namangan province is critically reviewed by the Ministry of Health working group.  In particular, according to preliminary data, in the last nine months of this year, more than 3,700 pregnant women had given birth at the 50-bed Chortok district maternity hospital.  Up to September of this year, the institution had an average of 13 deliveries per day, during which time the hospital was practically empty.

In September, however, the average number of deliveries per day increased to 20, and there was a lack of hospital beds.

However, the management of the district medical association did not take the necessary steps to resolve the issue in time.  As a result, beds in the maternity wards were not provided with sanitary and epidemiological requirements.

That is, while there was an opportunity to create additional places for pregnant women who were suffering from inefficient stationary places, the management of the district medical association barely took steps to resolve this problem.

Because of this, Tahir Mominov, the acting Head of the Chertok District Medical Association, who made serious mistakes in his work, was dismissed.

On the other hand, 20 additional beds were allocated for the maternity hospital, a total of 70 places, due to inefficient inpatient beds in the district medical association, to solve the problem quickly.