The Mufti fires 4 imams who “crossed the borders” 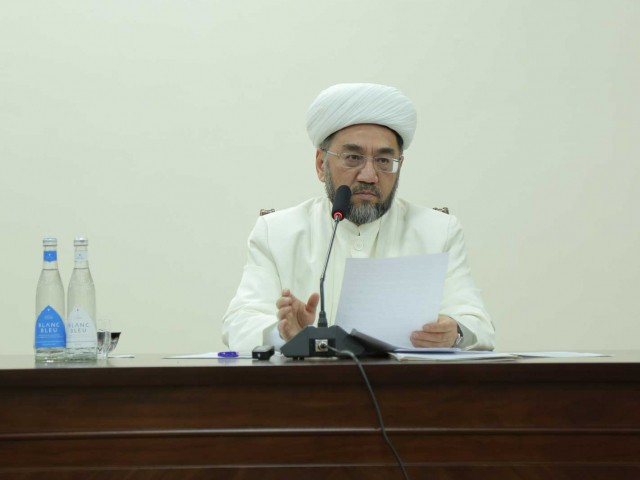 At a meeting presided over by the Chairman of the Muslim Board of Uzbekistan, Mufti Nuriddin Kholiknazarov, 4 head imams of districts and cities of the republic were dismissed.  This is reported by the press service under the board.

It is noted that the meeting was held in a very intense and critical-analytical spirit, and the work done by the imam-khatibs of mosques, deputy imams, and the teacher women over the past year was discussed.

The meeting noted with regret that some imams do not know what to do, ignore the requirements of the current law and cause the separation of believers and Muslims, which is a big stain on the religious sphere.

4 head imams of the district, who did not approach their duties in good faith, did not make serious efforts to meet the needs of believers and Muslims, were found unworthy of the title of imam and dismissed.  1 person was disciplined, "- The Muslim board of Uzbekistan reported.

The following Imams are relieved of their duties:

Turgunov Izzatullokh, Chief Imam of the Shakhrikhan district of the Andijan region;

The chief imam of the Sokh district of the Fergana region, Vakhidjon Kamolov, was also disciplined.

At the critical meeting, 15 imam-khatibs, 6 deputy imams, and 2 district auditors, as well as 19 imams, were relieved of their duties during the first eight months of the current year due to errors and shortcomings in their work. They were given a reprimand.

Earlier, the deputy imam of the mosque “Aziz Ota” in Tashkent Mirsobit Vakhidov was fired because of a video with an appeal to citizens for “lynching”.