Mirziyoyev awarded Putin, who is celebrating his 70th birthday, with the Order of “High-Level Friendship” 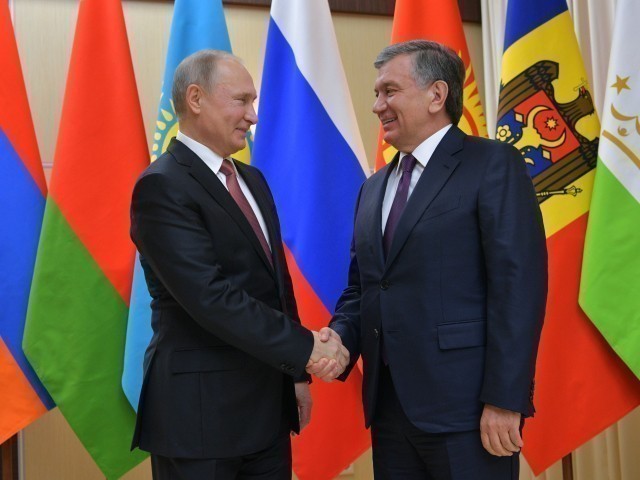 The President of Uzbekistan Shavkat Mirziyoyev awarded the President of the Russian Federation Vladimir Putin with the Order of "High-Level Friendship” Presidential Press Secretary Sherzod Asadov gave information about this.

"By the decree of the President of the Republic of Uzbekistan, the President of the Russian Federation Vladimir Vladimirovich Putin was awarded the Order of "High-Level Friendship" of the Republic of Uzbekistan in connection with the development of traditional ties of friendship and cooperation between the peoples of our countries and in connection with the 70th anniversary of his birth.", said Asadov.

For information, Vladimir Putin will celebrate his birthday tomorrow, 7 October.  He will turn 70 years old.

• heads of foreign countries and governments;

• representatives of parliaments of foreign countries;

• famous state and public figures, prominent representatives of science, education, and training, healthcare, spirituality, culture, and sports, philanthropists who became famous for their good deeds in the spirit of humanity, and business community, and well-known representatives are awarded.