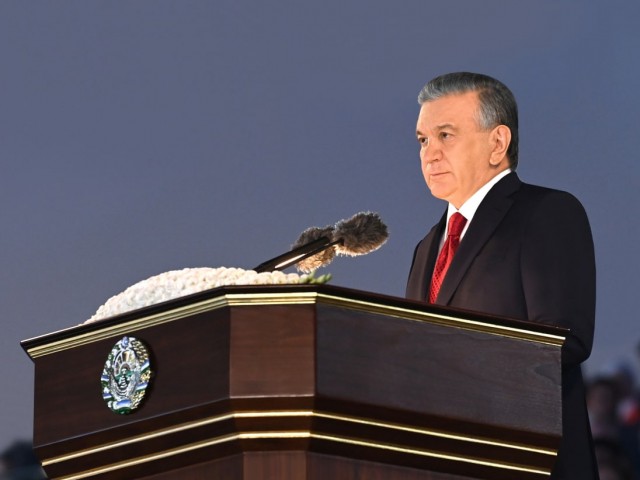 Education, the judicial system, entrepreneurship, health, and clean drinking water are the main directions of the reforms planned by the President Shavkat Mirziyoyev of the Republic of Uzbekistan until 2026.  The Head of State said this yesterday, 31 August, in his speech at a solemn ceremony held on the occasion of the 31st anniversary of the independence of the country.

“We will organize further work on the 5 main tasks within the framework of the Development Strategy until 2026”, - the president says.

The first direction is to create the best possible conditions for children to acquire modern educational knowledge and skills.  To this end, school curricula, teaching methods, and textbooks will be radically revised.

“This system will first be studied by advanced foreign experts, and only then it will be applied in practice.  As a result, a graduate of the New Uzbekistan school will become a person who has acquired modern skills, mastered information technologies, has creative thinking, can make independent decisions, and has a wide horizon.  To this end, we are paying special attention to the construction of schools in all regions, especially in rural areas, and to provide them with qualified teaching staff.

We will raise our efforts to promote the hardworking teachers and pedagogues to a new level” Mirziyoyev says.

Inclusive education for children with disabilities will also be fully developed.

“Every person whose case comes to the court office must be convinced that law and justice are a priority in this court.In the New Uzbekistan, only a court must find a just solution to any contentious issue.  Any interference in the work of judges will be severely punished and all necessary conditions will be created for their smooth functioning.  In spite of the fact of how difficult it may be, we will continue our reforms in the judiciary system," - the president said.

The third area is entrepreneurship.

“It is known from world experience that only in the country where entrepreneurship is developed, there will be quality education, qualified medicine, comfortable life, and confidence in the future”, - the president said.

It is noted that due to the development of business in New Uzbekistan, additional jobs will be created, poverty will be reduced and the incomes of the population will increase.  To this end, all obstacles to private property and entrepreneurship will be removed.

Public administration will be reformed and State participation in the economy will be drastically reduced.

“We will consistently continue reforms aimed at easing the tax burden on residents and entrepreneurs and simplifying the tax system.  In this case, no one will be given special privileges, all the necessary conditions will be created for a healthy competitive environment”, - Mirziyoyev says.

The fourth direction is to improve the population’s access to better and more qualified healthcare services.
The coverage of emergency medical care in all regions will be increased and brought closer to the population.

“Our goal – to achieve that that our people have a healthy lifestyle and long life expectancy”, - the president promised.
The fifth direction is the provision of clean drinking water to the population.

Mirziyoyev promised that the amount of investment attracting to the industry will be sharply increased.
At the same time, separate programs are being implemented to deliver clean drinking water to problem areas and to improve its quality.