A long unsolved mystery: Why was Turgut Ozal's grave opened? 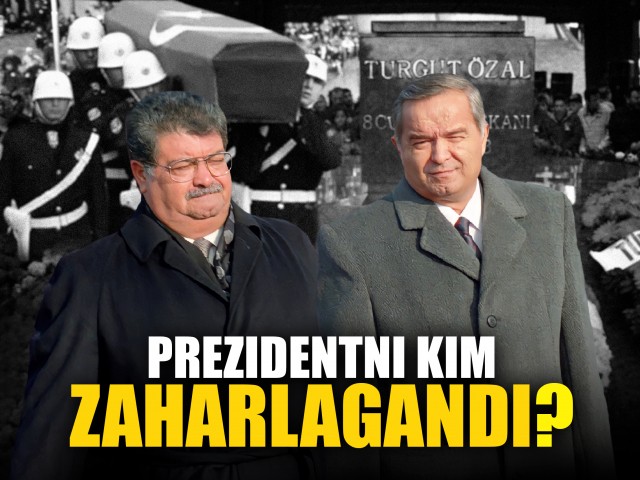 In many states of the world, human life is an important issue.  When it comes to the president, the relevance of the issue increases.  What if the president had a heart disease? It’s obvious that the president’s life is constantly under control.  Heads of states are staffed by a team of qualified physicians who can provide assistance at any time, a mobile medical facility or nearby professional clinics, an emergency road map or helicopters.  The protocol for the organization of foreign visits also specifies a hospital or even a room that the Head of State must visit within a few months.

Every second in the daily routine of the president is under control. They can’t get tired, can’t have long conversations, can’t have much disorder. In short, the health and safety of presidents and their freedom from life-threatening problems are taken into account at a State level.

Turkey's eighth president, Turgut Ozal, who died in Ankara on April 17, 1993, after a visit to Central Asia, including Uzbekistan, was in the spotlight. Especially after his assassination in 1988, ensuring the president’s safety became a priority. But that was not what we thought. If that was true, the ambulance wouldn't be waited to take him to the hospital, he wouldn't have been poisoned, and he wouldn't have died!

The second Head of State to die during presidency
The details of the death of Turgut Özal, whose death has been a mystery for 29 years and has played an important role in the history of Turkey will be shared below.
Khalil Turgut Özal was born on 13 October 1927 in Malatya.  He was a Turkish bureaucrat, politician and statesman, the 8th President of the Republic of Turkey.
From 1983 to 1989 he served as prime minister and leader of the «Homeland» party for 5 years and 10 months.  Turgut Özal became the second president to die in presidential office after its founder Mustafa Kemal Atatürk.  Atatürk also died during his presidency.

Ozal was elected president of Turkey in the presidential election of 1989. Despite his resignation as Prime Minister, he continued to play a key role in political developments.

Assassination and pardon
An assassination was attempted against President Turgut Özal by an attacker named Kartal Demirag during the the following congress of the «Motherland» party in the Atatürk Sports Palace in Ankara on Saturday, 18 June 1988, but the head of state survived despite his injury.  Demirag shot President Turgut Ozal twice in the right arm after he fired two shots 12 meters from the president in front of a venue for photojournalists and television cameras.  After the attack, the guards opened fire, injuring 18 people. Minister Imren Aykut was among the wounded.

Soon Turgut Özal pardoned Kartal Demirag, who had been sentenced to death and then commuted to 20 years' imprisonment.

He didn’t heed doctors' warnings
Özal’s showed symptoms of a heart problem in the 1970s, 23 years before his death. Seventeen years later, in 1987, heart disease took him to the Methodist Hospital in the United States, where he was operated on by the world’s most famous cardiac surgeon, Professor Michael Ellis DeBakey.

The doctor said the surgery would be successful, and he would be able to walk freely. Of course, there were stipulations: a healthy lifestyle, medical observation and to not overwork his heart.  However, Ozal did not change his lifestyle after the operation, and he again continued to work from dawn until midnight.  While everyone was asleep, he would read the newspapers for the upcoming day at 2am and 3am, and refused to get sufficient sleep.  Ozal, who ignored doctors' warnings and did not take time to rest, continued to eat unhealthy foods thus gaining weight.

12-day tour of Central Asia and Uzbekistan
In early April 1993, three days before his trip to Central Asia, the Chief of the medical staff warned him of the need to undergo a full medical examination. The president didn’t care.

He travelled to Uzbekistan, Kyrgyzstan, Kazakhstan, Turkmenistan, and Azerbaijan in 12 days. During this time, the flight time was only 22 hours. Furthermore, the number of hours he spent in his car and on his feet were greater.

In one-on-one meetings, gatherings of delegations, and press conferences, he spoke for a total duration of 32 hours. At the time, it seemed that the five countries were competing for the best visit. In Kyrgyzstan, the Turkish leader was taken to the opening ceremony of a regular school, which is atypical for the leaders of the state. The visits were so exhausting that the press posted pictures of him struggling to walk, even as the guards escorted him down the stairs.

During a prayer at the Bahauddin Naqshband shrine in Bukhara, Uzbekistan, journalists who were far away noticed that he was struggling to sit and was trying to hold his hands to the ground. Ozal, whose fatigue was expressed on his face and in his words during a visit to Turkmenistan, at the one of the last stops, tried to change the agenda of the visit. But in Turkmenistan this didn’t work. The next stop was Azerbaijan. The Turkish leader also changed the agenda in Azerbaijan to 3 hours, and returned to Turkey on 15 April.

The President was living the last 24 hours of his life
It was 16 April 1993, 22:30pm. Returning from a 12-day trip, Ozal did not rest, instead he returned to work the following day and went to the Constitutional Court.  He also forgot about the full medical examination that was required by medical staff before his trip.  With a sick and tired heart, he continued to work the following day, more precisely, the last 24 hours of his life.

14:00pm. President Turgut Özal received Prime Minister Suleiman Demirel in his residence. It was the last meeting of the two men who had been friends for forty years.

At 15:00pm Turkish President received the Director-General of UNESCO.

After some long and tiresome meetings, he went to an exhibition of one of the sculptors at 18:15pm.  He gave a speech during the exhibition.  He was very tired; this was noticeable in his eyes and movements. This exhibition was the last event he ever attended. At 19:30pm, the president returned to his residence.
Although he was exhausted, Ozal’s schedule for the next day was full.  There was no time for medical observation with such a hectic schedule the following day, but life had other ideas for him.

The president's last breath
Saturday, 17 April.  Turgut Özal could not greet the sun as usual. Awakening from the guards' footsteps outside, Özal was fatigued. He could not immediately get out of bed. At 10:00am he lifted his head from the pillow. Five minutes later, Ozal went to the bathroom to take a shower. When he got out of the shower, he made the most dangerous decision of his life, went to the treadmill and pressed the «START» button.  He didn't know these would be his last steps.  At 10:35am, after taking 650 steps, he stopped the device.  He sat down on the edge of the bed, bent down, took off his shoes and shouted to his wife «Semra, get me a larger shirt». These were his last words.

Meanwhile, Mrs Semra was waiting for the President Ozal at the breakfast table, telling the servants to prepare eggs for the president.  When he didn’t come, Ms. Semra went into the bedroom to check on him. Meanwhile, the President was lying unconscious.

The procession, the driver, and guard who were waiting outside and whose main task was to protect him from assassination attempts, did not know what was going on inside, that life's bullet had already pierced Ozal’s chest and settled in his heart. Worst of all, there was no plan, no map, no doctors to tell the head of state or his family what to do if something like this happened.

The President had already passed away
Although 17 minutes had elapsed since Ozal’s heart attack, no steps were taken to save the presidents life. According to the guards, staff, and witnesses at the residence, in those 17 minutes, the president turned pale, his limbs began to cool, his vital signs had disappeared.

23:00pm.  An ambulance left the house and rushed to hospital with the sirens blaring. The residents of Ankara, who were going about their daily business, had no idea that the cold body of their president was passing down the road in an ambulance.  Furthermore, there was no doctor or nurse in the ambulance.

What hospital? Where to go? Not only was there no doctor present in the ambulance, but the driver did not know where to take the patient.  He changed his route at 23:10pm to save time and headed to the nearest hospital. The president was taken to the hospital at 23:15pm. It had been 40 minutes since the heart attack.
Patient Ozal or President Ozal?

That was not the end of the slow pace towards Ozal's sudden illness and hospitalization.  It had already been reported that President Turgut Ozal was being brought to the hospital.  However, it was not clear in what condition he would arrive.  As a result, the doctors were not prepared for Ozal’s condition, but were busy hiding the shortcomings and looking for “patches” to cover it, saying that Ozal was coming to the hospital for a medical checkup.

Within a few seconds of arriving at the hospital, Ozal was given first aid.  The doctors worked for 10 minutes, and when there were no signs of life, he was immediately taken to the department of cardiovascular resuscitation.  But it was too late.  He had already passed into eternal life.  Although the doctors knew it, they used the latest medical devices of the period and hoped for a miracle.

After 3.5 hours of attempts, the team of doctors decided that Ozal could not be resuscitated.  The death of Turgut Özal was recorded at 14:30pm.  The president’s body was brought from the hospital morgue in a coffin decorated with the flag of the country.  He was buried in Istanbul according to his will.  Three days of mourning were declared.

The grave was opened and it was revealed that he was had been poisoned
After Turgut Özal’s death, rumors spread that he had been killed and poisoned.  The late president’s wife, Semra Ozal, also claimed that her husband had been poisoned by adding marijuana to his lemonade.  As evidence, she cited the results of a hair analysis carried out on Turgut Özal in the United States.  On 2 October 2012, 19 years after Turgut Özal’s death, his grave was opened for autopsy.  Even though the Institute of Forensic Medicine had suggested, following research, that poisoning had been revealed, it was impossible to determine conclusively whether the president had died of poisoning or from other reasons.

The widow of the late president, Semra Özal, also made a statement in this regard: “After claims on the cause of death, the grave was reopened and analyzed.  It is a pity that the poison was found, but it is unknown how and who gave it, so the question remains open”. 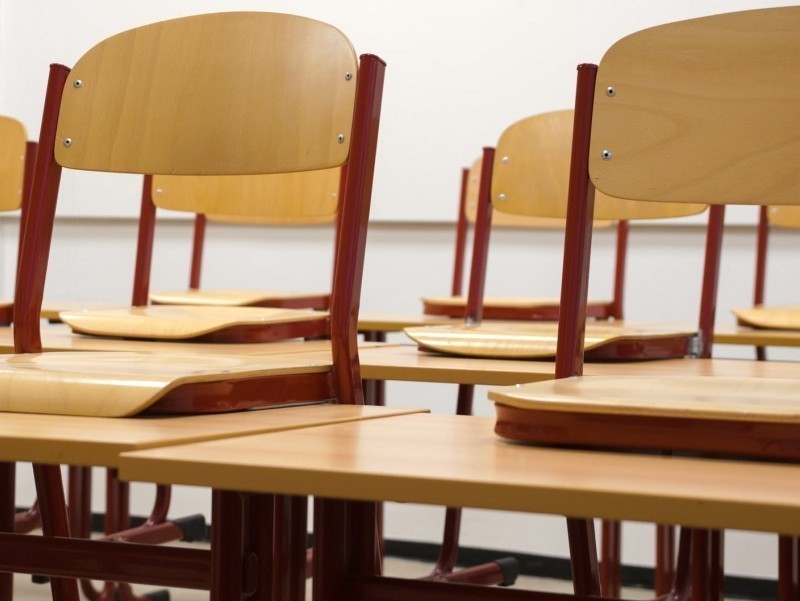 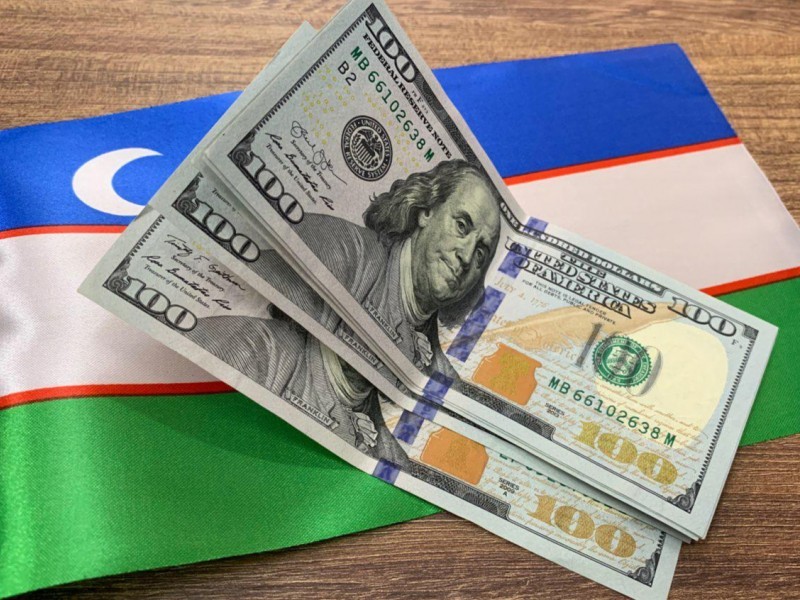 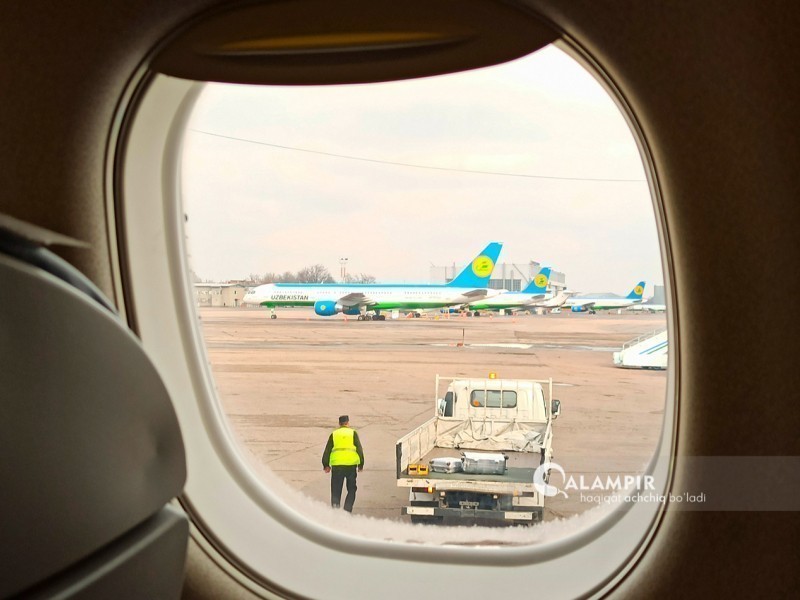 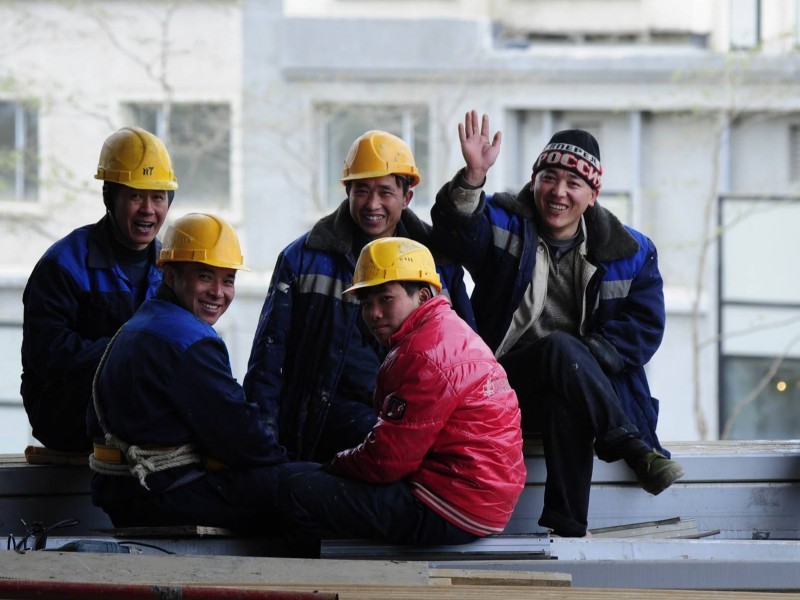