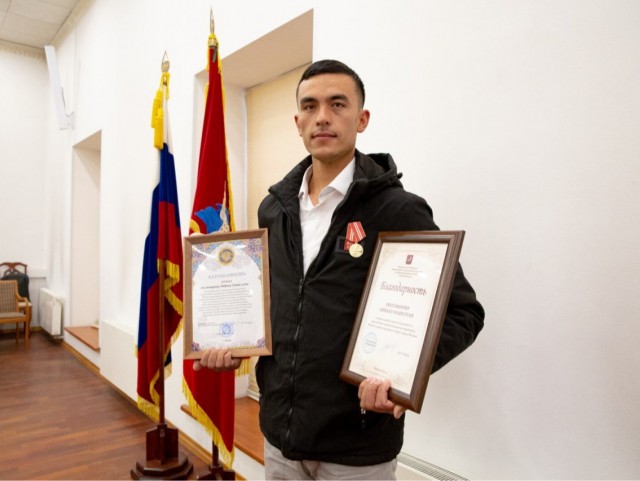 Oybek Eshtemirov, a citizen of Uzbekistan, rescued two people from a burning house in Moscow.  The Russian press is reporting about it.

Yesterday on 22 September, an awarding ceremony was held at the Moscow House of Nationalities for Oybek Eshtemirov, a native of Uzbekistan, who risked his life and rescued two women from the burning apartments of a residential building.

The man comes from the Guzor district of Kashkadarya region.  Eshtemirov works as a traffic lights installer in Moscow.  At the time of the incident, he was passing a residential building in the eastern administrative district of Moscow when he saw a man burning in his apartment and rushed to the rescue.  To do this, the young man broke a window and dragged the woman to another balcony.  After that, the firefighters helped the victim down.  He also saved an elderly woman whose apartment was one floor above the fire.

The 24-year-old citizen of Uzbekistan was awarded with the gratitude of the head of the Department of National Policy and Interregional Relations of the city of Moscow and the award of the Main Directorate of the Ministry of Emergency Situations for his courage and determination to save lives.