The scandal at the Tashkent Film Festival is top of the agenda in Turkey.  The heroes comment. 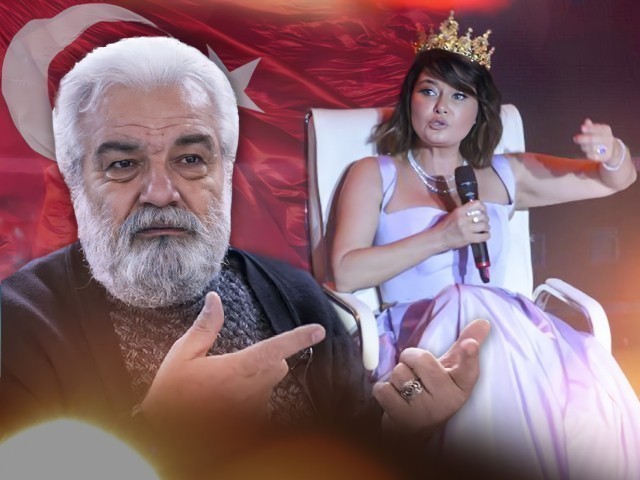 Heroes of scandal at Tashkent Film Festival gave interviews to the Turkish media.

Although the international film festival held in Tashkent came to an end on 18 September, there is still no end to the trouble at the event.  This conflict has now become an issue for the Turkish media.

As we reported earlier, at the creative party dedicated to the Turkish Film Days, organized within the framework of the 14th International Film Festival «Masterpiece of the Silk Road» held in Tashkent, an argument took place between Turkish actors.  Actress Nurgul Yashilchoy and actor Burak Bezcivit did not want to sit in the same circle with their nine colleagues.  In the second part of the event, after Nurgul Yašilčej came to the stage, the Turkish actor Sardor Kokhan expressed his dissatisfaction with the situation through a microphone, saying that he had not seen hers.  As a result, the event was separated and a group of Turkish actors left the ceremony together with representatives of the Turkish Embassy.

After these events came to the attention of the Turkish media, the presenters of the program «Page 2» on TV8 of Turkey, telephoned Sardar Kokhan during a live broadcast.  From the answers of the experienced Turkish actor, it is clear that he is still angry.

“They did not want to sit next to us at the event, which we visited as representatives of the Turkish cultural sector.  The organizers invited all of us to the stage and these two friends of ours were supposed to sit next to us.  We heard voices behind the stage, saying: “I will not go, I will not leave”, - said the actor.

A question from the broadcaster suggesting that «Maybe these words were said by someone else? » made Sardar Kokhan even angrier.

«Who else spoke Turkish there? » Besides Burak and Nurgul there was no one.  Burak will not become an actor with two frowning eyes, he must first master the acting profession.  What kind of Turk plays a part in a Turkish historical film and go to a brotherly country for money?  I don’t know if Burak was paid, but he shouldn’t have come.  I have nothing more to do with him. «Before nothing had happened between us», - said the actor.

After Sardar Kokhan’s performance, Nurgul Yashilchoy attended a theatrical performance in Istanbul, and Turkish journalists asked the actress about the film festival in Tashkent.  Before Nurgul finished saying that the holiday was very beautiful and the Uzbek people warmly welcomed her, Sardar Kokhan was asked to comment on his words.

“I did not go beyond the program they prepared.  There was a problem with the organization. Things like that can always happen.  Can I do that?  Sardorbey is the crown on our head. «Whoever offends him will see me before him”, said Yashilchoy.

Actor Alisher Uzokov, who went on stage with Burak Ozcivit on the night in Tashkent, also gave a video response to the events on his Instagram page.

“When they said that Burak himself would come and see Buraka, I told him that his character was complicated.  Burak and Nurgul were supposed to go on stage that night, but they said they wouldn’t.  They may have problems behind the scenes, but these problems should stay behind the scenes.  Nurgul Yashilchoy is also very pleased.  In this regard, she surpasses even Burak. Then we went on stage with Burak Ozcivit.  Whatever actor or star you are, you still have to be a good person and respect your elders. They’re indeed famous actors, but if they’re good people, my respect for them will be different.  They also criticized me for putting my hand in my pocket next to Burak on stage, which is not enough.  If we do not value ourselves and our actors and actresses, we will not be appreciated.  When someone comes tomorrow, he will do the same. Indeed, we are not at their level, but to reach this high level, we must first appreciate each other», - he says.

It should be noted that Deputy Minister of Culture and Tourism of Turkey Ahmet Misbach Demirdjan officially apologized to the audience, «visiting the event» for the behavior of the Turkish actors at the festival in Tashkent.