Mirziyoyev criticizes the activity of the enterprise “O'zdonmahsulot” 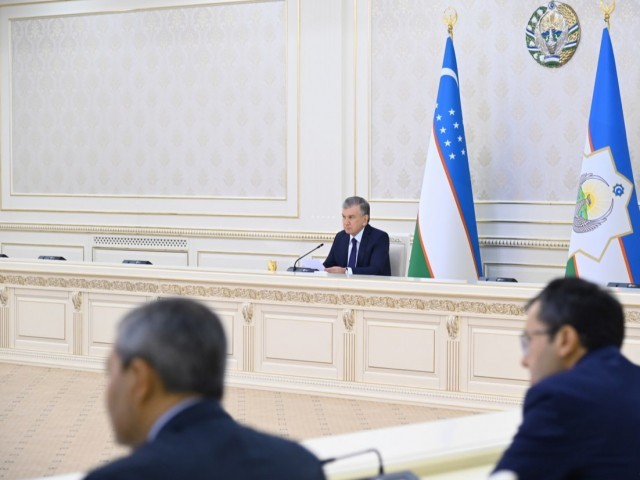 In Uzbekistan, the mill costs of state-owned grain enterprises are 20-25 percent higher than those of the private sector, and the profitability is 2 times lower.  As a result of inefficient work, the debt of the «O’zdonmahsulot» enterprises to the Agricultural Fund amounted to 1.8 trillion som, of which 1.1 trillion som are hopeless debts.  This was announced today, 11 May, at a meeting chaired by the president of the Republic of Uzbekistan Shavkat Mirziyoyev on measures to improve the efficiency of transformation processes in grain enterprises.

At the beginning of the meeting, the president expressed concern that food prices in the world markets are soaring.

“Today, wheat is sold on international stock exchanges at $400 per ton, which is 30% more than at the beginning of the year.

In this case, the only way to ensure price stability is to increase the supply in the market by providing incentives to farmers and increasing productivity.  This requires the full implementation of market mechanisms in the grain industry.

We have prepared for these reforms for a long time.  We have carefully reviewed all the matters and have been gradually carrying out this work”, –Shavkat Mirziyoyev said.

It was noted at the meeting that the share of the private sector was increasing due to broad access to the sector.  In particular, over the past three years, more than 160 large private grain enterprises with a capacity of about 3 million tons have been launched in the regions.

The meeting also noted that last year the country produced about 3.5 million tons of flour, of which 54% came from private grain companies.

“However, are 43 grain enterprises under «O’zdonmahsulot» ready to work effectively in the new market conditions? Unfortunately, the answer to this question is not positive.

So far, the grain companies contained in the enterprise have been processing the wheat taken from the farmers.  As a result, their average usage rate of flour producing potential does not exceed 60%», – the president criticized.

The mill cost of state-owned grain enterprises is 20 to 25 percent higher than that of the private sector, and the profitability is 2 times lower.

As a result of inefficient work, the debt of the «O’zdonmahsulot» enterprises to the Agricultural Fund amounted to 1.8 trillion som, of which 1.1 trillion som are hopeless debts.

The meeting stressed that the looting cases of state-owned grain companies have not yet stopped.