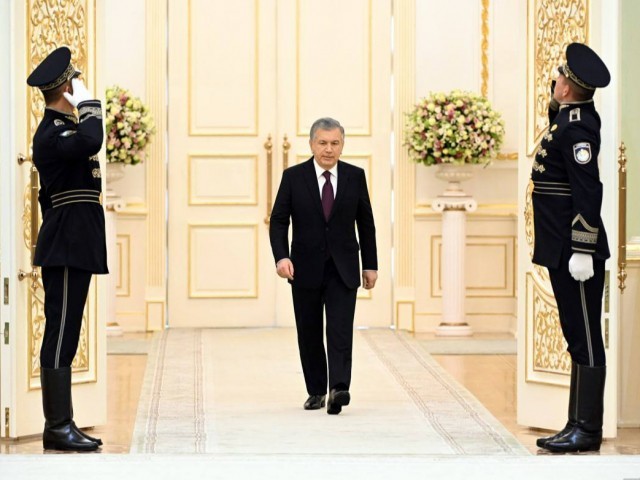 The President warmly welcomed the newly appointed ambassadors and congratulated them on the start of their diplomatic mission in Uzbekistan.

At the event, in the complex geopolitical situation in the world, Uzbekistan maintains a balanced foreign policy based on mutual trust and respect, beneficial cooperation, and strengthens bilateral and multilateral partnerships with all countries, Central and South Asian, European and American countries, and Arab-Muslim countries. it was said that relations with their countries have reached a new stage.

"We have set a goal to double the GDP of our country in the next 10 years.  We have enough desire and opportunities for this.  To achieve such ambitious goals, we have calculated that the volume of investments will reach 120 billion dollars in the next 5 years, including the attraction of foreign investments of at least 70 billion dollars.  The doors of our country should be open for the world, and the world markets should be open for our country," said President Mirziyoyev.

The head of state specifically touched on the prospects of comprehensive and long-term cooperation with the countries represented by the new ambassadors.
At the end of the ceremony, the President of Uzbekistan wished the ambassadors great success in their responsible and honorable activities.  He called to be active and proactive in strengthening cooperation with Uzbekistan, realizing untapped potential, and finding new "growth points".

The ambassadors expressed gratitude for the warm reception and the conditions created for their effective work and noted that they will direct all their knowledge and energy to the further development of bilateral relations.