The effect of Karakalpakstan: the term of discussion of the constitution is extended for another 10 days 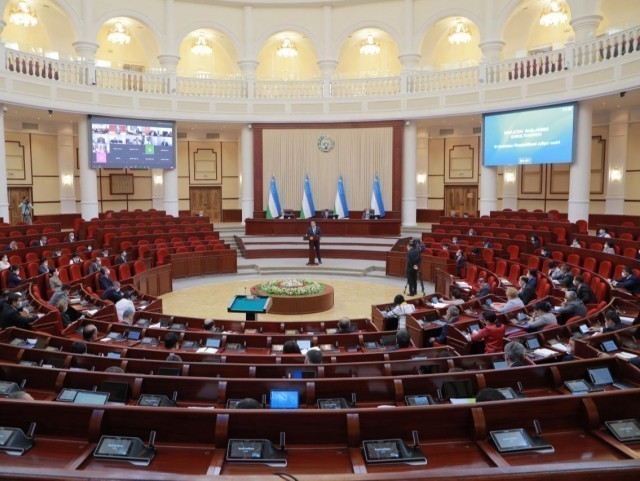 The end date of the discussion of the draft constitutional law on introducing amendments and additions to the constitution of the Republic of Uzbekistan was extended from 5 to 15 July.  Such a proposal was made today 4 July, at the regular meeting of the Legislative Chamber of the Oliy Majlis (Parliament).

According to this, the chairman of the committee on Anti-corruption and Judicial Affairs of the Oliy Majlis Jakhongir Shirinov proposed to expand the term of holding public discussion based on the draft constitutional law “On amendments and additions to the constitution of the Republic of Uzbekistan” for another 10 days, that is, until 15 July of this year.

“Based on the requests and wishes expressed during the public discussion, we consider it expedient to take into account the views on the preservation of existing norms, leaving articles 70, 71, 72, 74, and 75 of the constitution unchanged.  This gives the opportunity once again to hold detailed discussions with our people on the next draft of the constitutional law, systematically analyze all proposals and comments”, - Shirinov says.

The proposal was discussed by the MPs and a decision was made.  On this basis, the term of discussion of the draft law was extended for another 10 days, until 15 July.